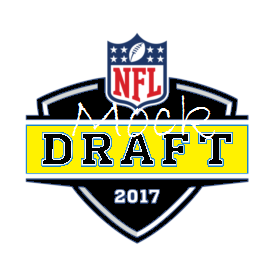 In performing this mock draft, I used FanSpeak. I selected the Pittsburgh Steelers,
7 rounds, FanSpeak needs, and Matt Miller from Bleacher Report’s Big Board. Please hit up the comments with your remarks, or shoot me something on Twitter. Remember, this is before the NFL Combine and NFL Free agency. Here were my results:

McKinley is my guy at edge in this class. He has all the physical tools you want in an outside linebacker. He’s athletic, strong, powerful, high football IQ and he has exceptional work ethic. Can perform well with the three aspects of being an outside linebacker: rush the passer, stop the run, and cover. He has a really high ceiling and his potential is of the likes of Bud Dupree. This pick would be a huge win if he were to fall.

Only allowing 35.1% of passes thrown his way to be completed, Tankersley is a legit talent. At 6’1” 190lbs, he has the size to play the bump and run the Steelers should transition to. A really good tackler at the point of attack. Has experience in a ton of different coverages. Steelers need a cornerback opposite of Artie Burns, as Ross Cockrell just isn’t any good and is a really weak link in run support.

The lack of depth at the defensive line position really hurt the Steelers in the long run. Stephon Tuitt and Cameron Heyward could really use to take a breather once in a while without the talent level being a huge drop off. Wormley can give them that depth and is a very hard working, high character guy.

Pittsburgh could really use a backup quarterback will starting potential. The Steelers will get an extensive look at Peterman since he’s a local product. He led the Panthers to a victory over the National Championship winning Clemson Tigers. He has some mechanical issues, but under Roethlisberger and a ton of reps during the preseason, he could learn a ton. Landry Jones isn’t cutting it and with talks of retirement, Big Ben may not be around much longer. Now is the time to get a potential successor.

At 6’3” 200lbs, Malone is my mid round guy. He’s a height, weight, speed guy who I believe will be a better pro than collegiate player. Malone is a guy who can stretch the field, move the chains, and make the 50/50 catches. The Steelers are a wide receiving factory of talent, so Malone being raw is just fine with me. 11 touchdowns in 2016, Malone could be a huge help in the red zone.

Pumphrey is getting lost in this superb running back class, but he is a very good, underrated talent. His vision and ability to hit gaps quickly makes him valuable. He is also versatile, showing exceptional hands out of the backfield and while being undersized, one of the nation’s best pass blocking backs. To me, he is a mix between Darren Sproles and Gio Bernard. Needs to bulk up a bit, but would be scary to have him backing up Le’Veon Bell, as DeAngelo Williams’ time in the NFL in dwindling.

Johnson has cornerback and safety experience. Extremely athletic with a lot of range. I surely believe the Steelers could use more safety depth with just Robert Golden as the backup. Johnson can step into a starting role after being a special teams demon, as he was a special teams monster with 30 tackles over the last three seasons on cover teams. I’d honestly take him in the 5th.

A disappointing 2016 campaign has really hurt Wise’s stock. He’s going to need some time to develop and adapt to the NFL. He might need to transform some of his weight into muscle. I could see the Steelers doubling up on edge rushers and Wise has a higher ceiling than most 7th round picks.

I love Takk too. I think we’re all going to be changing our mocks after the combine though.

I think Takk will be this year’s Dontari Poe. Poe was a really popular mock pick to the Steelers at 24 around this time in 2012. Then after the combine Poe blew up and ended up going 11th.

Let’s hope it works out the same though, as the Steelers came away with DeCastro instead.

Bud was slotted top 10 after the combine and fell. Takk fell to me, so i took him. Remember, I wasnt choosing these guys manually, it was after simulation.

Takkarist, is not flying flying under the radar, i have him as the #2 OLB. I see Tim Williams as a more reachable pick. Drafting Peterman would be a waste, and i would pick up a o-lineman somewhere somehow.

I never said Takk was flying under the radar. Tim Williams has too much off-field stuff, Steelers, i assume, will be avoiding him. How would drafting Peterman be a waste? and this is as weak as you can get as far as the OL class goes.

This team reminds of of the Bucs The year before Gruden. You know everything is there,but you just might be a little hesitant to do what you need to do win. Firing a very good coach and bringing in a gun slinger may very well be this teams best chance to win it with this group of players.

McKinley can’t bend and I know that for a fact so for me I’m taking Harris from Missouri and no on WR cause until Coates and Bryant fail and Rogers, Ayers and Hamilton fail to catch the ball I’m sticking with guys on the rosters. DL depth is needed so I can’t argue the pick at all. Pumphrey is a scat back who belongs in a up tempo system and yeah they need a backup RB but it has to be somebody who won’t be outta the league within 3 years like pumphrey will be if he ends up here.

Harris was not available. And Takk CAN bend, but thats not how he wins, which is okay. Takk > Harris for me, though. Pumphrey is not a scat back. Watch his tape. His vision and his agility are huge assets and he can catch the ball on third downs. You cant look at his size and think Archer/Rainey. Right now, there is no Bryant, so taking a WR is smart. Coates was good pre-injury but a 4th is needed. Hamilton will have to prove he can be a reliable target. Ayers is a slot guy.

[…] For probably the first time from this website, this draft season, you’ll have a few different opinions on what direction the Steelers will go, which is a good thing. You can check out Cnic’s first mock here.  […]