SCB Steelers’ Quick Hitters: The “Less Than a Month to Go” Edition

We are officially under a month to go until the 2017 NFL Draft and last night on the SCB Podcast Sponosred by BodyTech Gym we started our in depth discussions. Our focus was on EDGE  rushers the Steelers are likely to have an interest in. We discussed players like Takk McKinley, Charles Harris, Derek Rivers, Carl Lawson and many more.

I think most Steelers’ fans are pretty ‘football-smart’ but sometimes I question the overall common sense that some fans have. The pending Martavis Bryant reinstatement is a perfect example. Fans on social media are treating Bryant’s return as if Jesus Christ himself were going to be at Heinz Field. We have to remember that this young man has had one problem after another with regards to marijuana. While I too am beyond excited to see Bryant back on the field, we must also remember that every day is going to be a challenge for him off the field as well as on. Let’s all slow down a bit shall we?

Downtown #Pittsburgh glows vibrantly against a deep blue backdrop, as the top of the Koppers Building & Gulf Tower light up the twilight sky pic.twitter.com/jBybB7BLq8

I am really excited to be on the Thursday Night Tailgate podcast this evening at 945pm Eastern. If you’ve never listened before, hosts Chris and Bob chat with some of the players from the NFL and MLB who played over the recent decades. They frequently have former Steelers on so it makes it that much better. I’m very honored to be asked on the show!

If you didn’t catch Arthur Moats at the Chocolate Factory, here ya go.

One guy I’m really curious about in this draft is Washington CB Sidney Jones who suffered an Achilles’ injury several weeks ago. Right now it appears that he would likely start the season on a team’s PUP list but would be available in 2017. Super talented guy who was going to be a first rounder… Don’t be surprised if he still goes in the top two rounds. 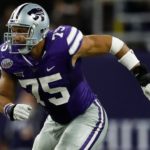