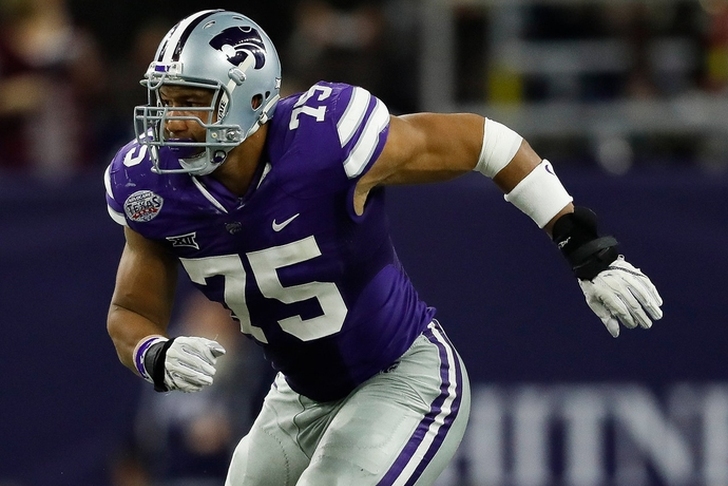 The Pittsburgh Steelers will almost certainly be selecting an outside linebacker in the first two rounds. Here is an edge guy who may be considered in both the first and second rounds:

What’s to like: Big build with prototypical size for the position. Change of direction skills are exceptional. Turns the corner as good as anyone in this class. Great in run support, knows how to stack and shed well. Pursuit, motor and effort are top notch. Collapses the pocket often. Excellent hand usage. Rarity that false steps are taken. Quick burst off the line of scrimmage. Durable player. Naturally a fumble forcer. Had a terrific combine.

Concerns: Tight hips allows offensive tackles to keep him off his tracks. Goes into battle with one pass rush move and rarely deviates from that. Needs to develop diverse pass rush moves. Counter moves are a rarity, needs a plan B when plan A falls through. Lack of experience dropping in coverage.

Verdict: Willis had an amazing combine, putting up excellent numbers for his position. The tape didn’t exactly match up with the athleticism displayed at the combine, but his tape was still good. Willis is a well-rounded prospect who will need practice at dropping in coverage and developing more pass rushing moves. If he could be taught to be creative and counter his moves, he can be a dangerous pass rusher. Willis is solid against the run and a motor to match. The effort is 110% and seeing him chase down ball carriers 15-20 yards down field is a huge plus. If the Steelers chose to go away from an outside linebacker at pick 30, Willis would be an excellent consolation prize at 62.

SCB Steelers’ Quick Hitters: The “Less Than a Month to Go” Edition