Yesterday morning we learned that Baltimore Ravens’ safety Matt Elam was arrested on several charges including marijuana possession and reckless driving. While it doesn’t break my heart that a Ravens’ player got into some trouble, I do take exception to Steelers’ fans who poke fun situations like this. It’s almost as if Steelers’ fans forget what Alameda Ta’amu or Le’Veon Bell and Legarrette Blount or Martavis Bryant have been guilty of in recent years. To be blunt, we can’t live in glass houses, chuck rocks and expect none to be thrown back.

The Steelers got great news late last week when the NFL announced compensatory picks for the upcoming draft. Rather than a sixth or seventh which many expected, the Steelers were granted a third round selection. This means Pittsburgh will have four selections in the first 105 total picks. Also, comp picks are now allowed to be traded. If the Steelers can hit on their top three picks as well as they did last year…. Oh boy!

The Pittsburgh Penguins defeated the rival Philadelphia Flyers 4-2 in the Stadium Series game at Heinz Field on Saturday night. The Pens’ sweaters were easily the best I’ve ever seen them wear.

Oscar night for me and Braxton. pic.twitter.com/mrDS7Lv3eP

Courtesy of steelers.com, here is the complete list of participants for the NFL Combine coming up this week.

While we here at SCB enjoy kicking out the Draft Journals, you likely won’t see any of the top players previewed by us. As exciting as it might be to see Myles Garrett in a Steelers’ uniform, the likelihood that he’s available at pick number 30 is pretty darn remote. Therefore, we won’t waste time on those guys expected to go in the top 10.

Do not take the fact that the Steelers’ do not yet have Antonio Brown in a long-term deal or Le’Veon Bell tagged. In Brown’s case, they have until the start of the season. In Bell’s case, they until Wednesday. Let’s put it this way, I’ll be shocked if he isn’t tagged. 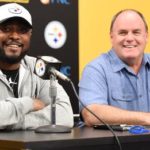 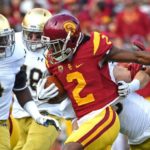