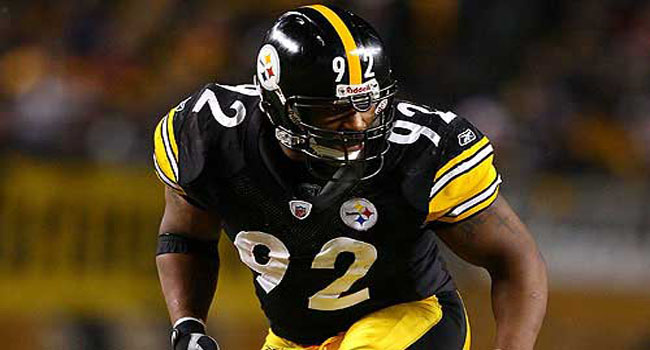 The Steelers will practice from 1-3pm Eastern today as they prep for the Broncos.

Latest Injury News: William Gay and James Harrison both were Out yesterday with non-injury related absences. Heath Miller (ribs), Mike Mitchell (shoulder), Matt Spaeth (knee), Bud Dupree (back) all did not practice… DEN T.J Ward (ankle), Owen Daniels (knee, knee) both were Out. The Broncos had 20 guys total who were Out or were Limited.

I don’t think there’s much to make of Emmanuel Sanders’ return to Pittsburgh. He and Ben Roethlisberger have allegedly not spoken since the receiver made comments disparaging Roethlisberger. I’ll admit that Sanders has excelled in Denver but for whatever reason he couldn’t always make the big catch in Pittsburgh when it was needed. I don’t miss him at all.

Tweet of the Day… Will Allen out in the community.

As I expected, Vontaze Burfict was not fined by the NFL for the low hit on Ben Roethlisberger Sunday. Not surprisingly, Antonio Brown was fined an undisclosed amount for the second straight week. This was likely for any number of scrums or his “crack back” block against Reggie Nelson.

Hate to admit it but we have to root for the Dallas Cowboys this weekend. They play the New York Jets on Saturday night.

For the second straight week, Brandon Boykin and Antwon Blake were about even in snaps on defense. I honestly don’t think that will change but what I fear is that Denver will go after Blake immediately with outs and comebacks before they use double-moves to burn him as A.J. Green and many others have.

Pittsburgh native Billy Gardell will lead the Terrible Towel twirl on Sunday and former Steelers’ running back Barry Foster will be involved in a ‘meet and greet’ as well. 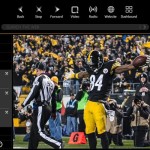 SCB Exclusive: The Steelers DeskSite is a Must For Any Steelers’ Fan