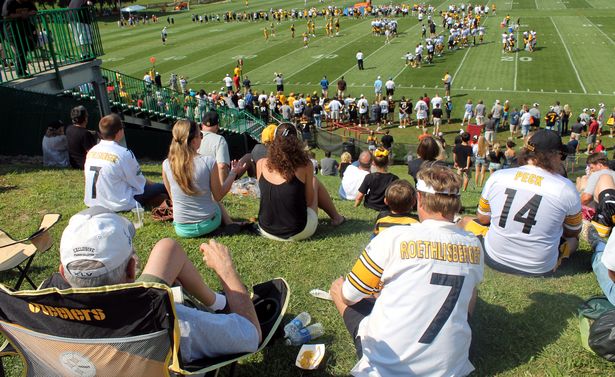 How I Became a Steelers’ Fan

It never fails when I am in a bar watching a Steelers’ game with my husband someone always asks me if I am a fan because my husband is.  Well it is partially true, yes he is the reason I started watching Steelers’ games, however there is more to it than that.

I think I really started to have an appreciation for the team when one day while my husband was at work I ended up binge watching the entire Steelers’ History on the NFL Channel. If the history of the Steelers doesn’t give you a sense of pride I don’t know what will.

Then we went to our first game together it was Christmas Eve 2011. The day of the game we walked from the hotel to the Stadium; let me tell you I was in awe of the City itself! The bridges, the buildings, what’s not to love? Not to mention the swarm of fans dressed head to toe in black and gold walking to the game as well. It was a sight I will never forget.

The Steelers stomped the Rams with a 27-0 victory. Well I was impressed! I’m from Rochester NY, I’ve been to Buffalo Bills’ Games, they are not pretty; the fans are mean, and the atmosphere hostile. This was not the case in Pittsburgh.  It is something to see when people from all walks of life can stand together and cheer on a team and do it with class and dignity! And once experience that sense of pride and comradery it stays with you for life.

I have returned to Pittsburgh seven times since that game and each time I go back I fall more in love with both the city and the team.

So yes, at first I became a fan because my husband was a fan, but as he sometimes jokes I have become a bigger fan than him because Steeler Nation is more than just football it’s family, a common bond, a love of Football, a love for a city whose history speaks for itself!

Steelers For Her; How She Became a Steelers’ Fan was last modified: December 18th, 2015 by steeldad
#steelersPittsburgh Steelers 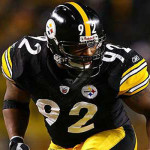 Kelly the next time you are in the Burgh you might want to try the stadium tour. I did on my last trip and it was pretty cool to be able to sit in Troy’s and Ben’s lockers and see the inner-workings of the stadium. What i found strange is that everyone on the tour were visiting from out of town. But it was the best 5 dollars i’ve spent in a long time.

Your right it is cool! We went to the fan blitz in May and got to see the locker room it was so much Fun!

Great story! Thank you for sharing it with us! I always enjoy reading these 🙂