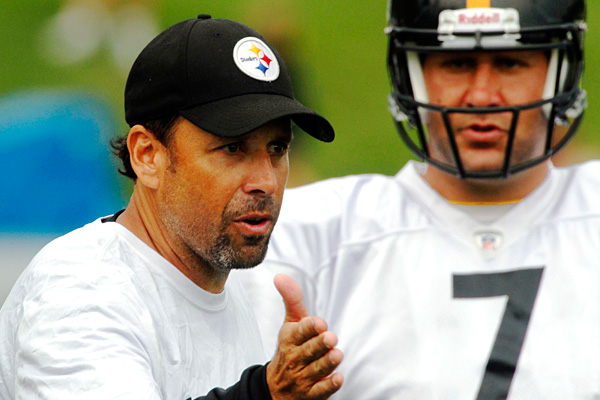 By rule, the Pittsburgh Steelers cut 15 players yesterday in order to get down to the league limit of 75 players. They released nine early in the afternoon and then completed the necessary move with six more cuts just before the 4pm deadline.

-The 53-man roster must be in place by Saturday afternoon.

-I wouldn’t call any of these major surprises but two that caught my eye were So’oto and Waters. I really thought Waters had a good chance because of the fact Todd Haley likes having four tight ends and because seventh round draft pick Rob Blanchflower has been dinged up throughout the preseason. In So’oto’s case, I thought he had a chance to make it because he was making plays, but it appears the Steelers are going younger at OLB.

-With the cutting of three running backs, that leaves the Steelers with Le’Veon Bell, LeGarrette Blount Dri Archer, Stephon Houston and Josh Harris. It’s clear that Haley is using Archer more as a receiver so that’s just four backs. What the tea leaves are telling me is that I wouldn’t expect the Steelers to do much about Blount or Bell in terms of punishment for their marijuana smoking escapades last week. They’ll let the NFL handle it.

-Don’t miss The Blitz Podcast with Matt (@retrorockcity) and yours truly.

-QB Landry Jones is expected to get the bulk of the reps on Thursday night and he has a lot to prove. He was on the active roster last year but never dressed in a game. If he plays poorly against Carolina then I see no reason not to put him on the practice squad.

-If you already thought Thursday’s preseason finale with the Panthers would be pretty ‘vanilla,’ then consider the two teams play each other in week three. Expect some very basic football my friends.

Video for today A Mascot Dance Off and Fight Because Why Not?