Thursday is here and this is no ordinary Thursday for the Steelers. The veterans are enjoying their last day of “freedom” before camp while the rookies are now being “indoctrinated.”

Yesterday we fired off pieces on the offensive line and the 2016 Rookie Forecast.

As camp begins, I certainly hope that my fellow bloggers that are “reporting” from camp act in a professional manner. Fans that can’t get to camp certainly enjoy seeing information from Latrobe but as we’ve seen in recent years sometimes it isn’t always provided in the most ethical or professional of ways.

I’m going to officially go on record and say that I believe the Steelers need to get a new deal for Antonio Brown. Normally I’m a firm believer in “you honor your contract” but he has gone above and beyond anyone’s expectations. He’s also been a complete non-issue off the field which is more than can be said for some of his teammates. He’s also 28 years old. I would hate to see the Steelers wait until he’s 30 to give him the deal he deserves. Wide receivers after 30 start declining by and large so I’m advocating to get it done now.

Of course in order to get a deal down for AB, the money has to be there and they also must get a deal done for David DeCastro as well. I don’t know of a more creative front office when it comes to money so have faith.

I’ve said this probably about a dozen times already in this spot but I still think something happens with Lawrence Timmons’ contract as well before the regular season starts.

Stick with SCB throughout camp. We’ll have a tone of unique articles and opinions you won’t want to miss. 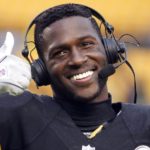 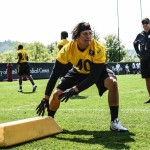