Today is that ‘Monday thing’ so good luck!

We are 11 days from the Steelers reporting to Training Camp in Latrobe. Ya, that’s pretty cool.

If you weren’t sure what ‘Renegade’ means to the players then check out Steelers’ linebacker Arthur Moats  when he hears it come on while eating.

Here’s our ‘Training Camp Battle Report‘ on the tight ends that was published earlier today. There might be a surprise or two.

Tweet of the Day… You can tell former Steeler Larry Foote is a Michigander.

Long Winters, no spring and CONSTRUCTION all summer long!!!!!!!! Michigan At its Finest.

We have a pretty good social media following here at SCB and its growing. But I want to be blunt here. We don’t sit around tweeting every Steelers’ story that comes across ESPN or Bleacher Report. We tweet our stuff and stuff from sites that we think do a good job writing original content. Just wanted to make that clear.

Great stuff from steelers.com on Hall of Famer John Stallworth. I can still see him catching that bomb from Terry Bradshaw in Super Bowl XIV.

Kudos to West Virginia Football. They’re bringing former receiver Stedman Bailey back as a coach while he finishes his degree. If you recall, Bailey was shot twice in the head last November and has since been put on the reserve, non-football injury list by the Rams.

The Trib’s Mark Kaboly reports that former Steelers’ receiver Yancey Thigpen is joining a dozen other players in filing suit against helmet maker Riddell. I’m not sure how I feel abut this to be honest. 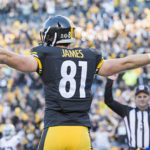 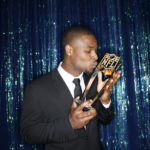