Tuesday is here my Steelers’ friends. What that means I don’t know.

Antonio Brown got nicked by a judge last night on “Dancing With the Stars” when he said Brown’s routine looked “under-rehearsed.” I’m hoping that means AB is putting too much focus on his football workouts.

We are now under 10 days until the start of the NFL Draft and this is now where teams really start solidifying their draft boards. At this point, only an off-field incident is likely to move a player down simply because the scouts and coaching staff have gone over every possible second of tape on every single guy on their board. I’ll be giving you my thoughts who are in the top five for the Steelers sometime in the next week.

Have to feel for former Notre Dame linebacker Jaylon Smith. It was revealed this week he won’t play in 2016 and his football career may be in jeopardy period due to significant nerve damage in that knee he injured in the Fiesta Bowl. A source close to the Steelers told me several times how much the Steelers liked Smith but they knew he’d go way too high in the draft. His injury won’t deter someone from taking a chance on him but right now I don’t think it will be the Steelers who really don’t have enough picks to use on “hope.”

I’ve said it several times already but I’ll say it again, don’t be surprised if the Steelers pass on a cornerback in round one. It’s been their M.O. since 1997 and with so much depth at the position there will be plenty of guys available later.

Tweet of the Day… The Trib’s Mark Kaboly follows up on the question of Cortez Allen and June 1st.

Confirmed that Cortez Allen was NOT post June 1 designation release. Means $1.7M in cap savings, $4M in dead money in '16. Off books in '17

In my mind the most important piece of the above tweet is that Allen is off the books next season. Not a ton of savings this year but in the end Allen was taking up a valuable roster spot.

Big reason why the Steelers have shown interest in USC quarterback Cody Kessler is his accuracy within 20 yards. He’s one of the best in the nation in that regard which fits Todd Haley’s offense quite well. Throwing deep however is a bit of a stretch for Kessler who ranks much lower in throws over 20 yards.

Well, much to my chagrin we didn’t win a Pulitzer Prize yesterday. Welp, there’s always next year. 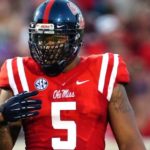