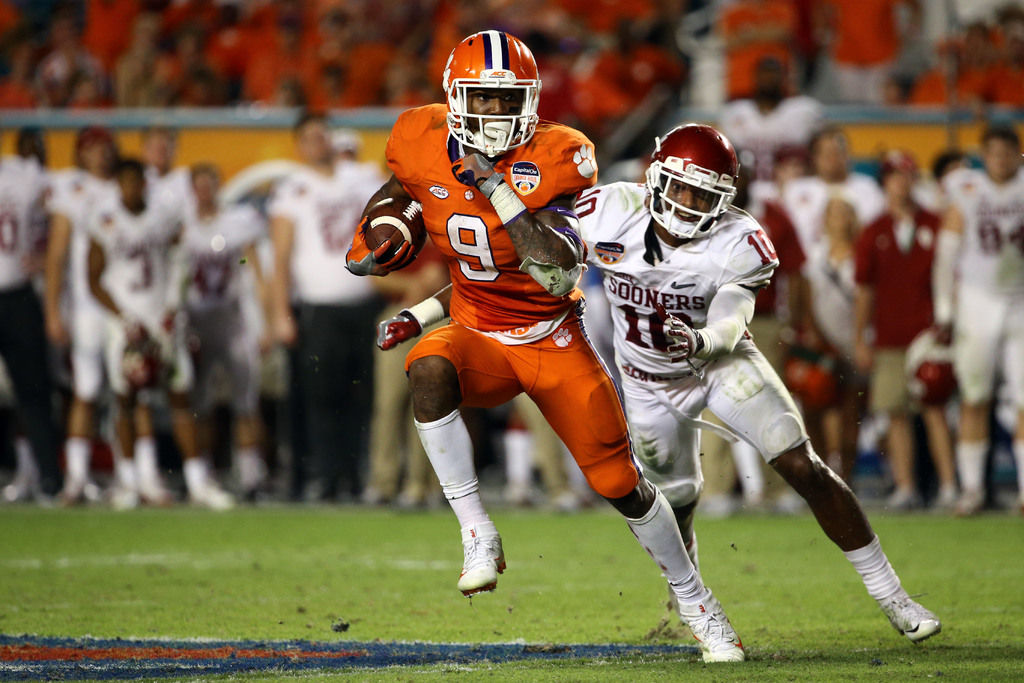 The Pittsburgh Steelers may have recently signed Knile Davis to back up Le’Veon Bell but I don’t think that rules them out for taking a back in the draft. Today I’m previewing National Champ Wayne Gallman.

What’s to Like: His side-to-side movement is impressive… Ability to jump-stop and move right or left is almost stunning at times… Always keeps legs churning to gain extra yardage and move pile forward… Reads blocks very well both inside and on the outside… Very much willing to stick his head into the pile in short yardage or goal line situations… Has a great nose for the first down or goal line… Can usually make first man miss almost every time… Good pass catcher who gets up to speed quickly after the catch.

What’s Concerning: Gets kind of lazy when he doesn’t get the ball… Will pass block but not what I’d call “eager” or “physical”… Often tries to go too low on pass rushers or whiffs altogether… If asked to lead block, it isn’t pretty; very inconsistent effort and poor technique… He’s not going to rip off long runs; just doesn’t have that type of speed… Could stand to add some strength to upper body… Will sometimes get caught looking for yards and takes a loss… Will need a solid, stable offensive line in front of him because he requires lanes.

The Verdict: The Steelers could do a lot worse than Wayne Gallman. His pass protection skills need a ton of work and he has to prove that he’s not only willing to block but can learn to block as well. I really like his feet and the way he finds ways to get moving forward. He runs very low to the ground so much so at times he disappears for brief moments and then reappears with a head of steam. He’s more than capable of being a solid receiver as well. Any team that chooses him will have to be convinced he can improve his pass protection and is willing to do so. I really like what he brings to the table and if he’s there in the mid to late rounds would have no issue with the Steelers drafting him. 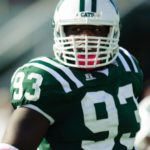