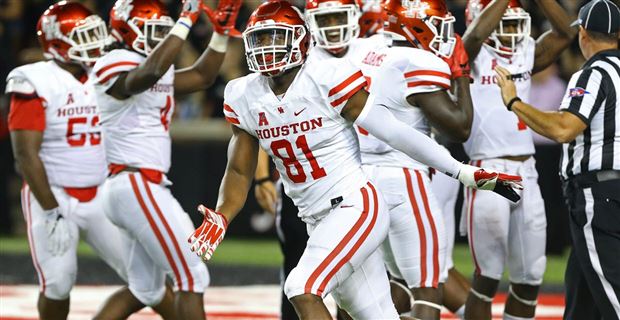 It doesn’t take a genius to know the Pittsburgh Steelers are in the market for pass rushing help. One guy that could fit the bill is athletic pass rusher from Conference USA who will draw all kinds of attention from teams desperate for speed on the edges.

What’s to Like: Bowser is long and athletic… He has a terrific motor that goes until the whistle regardless of the situation… Multi-sport athlete playing basketball at Houston his first two years there as well as football… Has the type of ‘quick twitch’ you like in an edge rusher… Great feet, especially when he drops into coverage; very fluid… Quickness creates issues for blockers immediately… Can get around the edge quickly… Has decent ‘bend’…

What’s Concerning: Needs to add some weight but hard to say if the frame can handle it… Run-stopping ability is a question mark; I think some toughness there would help… Bigger offensive tackles can handle him especially if they possess longer arms… Missed a lot of tackle for loss opportunities with poor tackling or going to his knees too soon.

The Verdict: The simple question with Tyus Bowser is this; will you draft him too soon based on his athleticism or will you wait too long and someone else drafts him? This is the case with many players but Bowser is so athletic that scouts have to wonder if he has even reached his potential yet. If the Steelers choose to double up on the outside linebacker position (which I believe they will) then Bowser would be a really good get as the second guy in that scenario. The problem is, will he still be there? I’ve seen him mocked to the Steelers at 30 and I think that’s too high. This will be one of the more interesting guys to keep an eye on when the Draft rolls around. 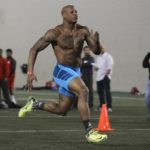