Steelers’ General Manager Kevin Colbert spoke from the Owner’s Meetings in Phoenix yesterday. He didn’t reveal much that we already didn’t know or didn’t suspect. He said that the recent signings via free agency will not alter the team’s approach to the NFL Draft. I think that further justifies the fact that wide receiver will still be a position the Steelers look for in this draft and I’d count running back in that as well. With a little over a month to go, Colbert made it clear that they’ve turned their focus to the draft exclusively.

The Cincinnati Bengals released eight-year veteran linebacker Rey Maualaga this past week. No, I do not see the Steelers pursuing him.

I’ll have some comments as the week goes on about the pending rule changes the owners are debating. I anticipate most of the significant ones will involve the centralization of the replay review system.

Real smooth @MadamSecretary how you used Tim Daly's broken leg in this week's episode. Was curious how you would do it #WellPlayed

It’s expected that the NFL Owners will approve the Oakland Raiders’ move to Las Vegas. I feel for the fans of Oakland just as I do for those in San Diego. I can’t imagine what I’d feel like if the Steelers ever left Pittsburgh. That said, if you think for a second that gambling and fantasy football don’t drive what is going on in the NFL then you’re not paying attention.

Any displeasure I had with Le’Veon Bell’s rap career has long since eroded. He is who he is. He ‘dropped’ his first full length album last week and the rush for people to praise him in order to get a ‘retweet’ was hilarious. I’ll stick with my old school rap thank you very much.

Roger Goodell’s demand for a quicker game is necessary but I don’t think it’s a ‘millenial-driven’ thing. Baseball’s attendance numbers continue to be very good and there’s little that moves as slow as that.

There was a report that the Steelers would move on from Shamarko Thomas, who is a free agent, for the 2017 season. I think it’s 50/50. He’s an excellent special teams’ player but he’s hurt way too much as well.

Have an excellent Monday Steeler Nation! 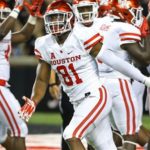 Mike Tomlin’s comment, we will not change what we do just to beat the Patriots is mind bowing. He might as well as said geez Bill the next time we play want me to pull down my pants before you beat my a$$.This is just another example of why he just is not an elite coach. OBVIOUSLY