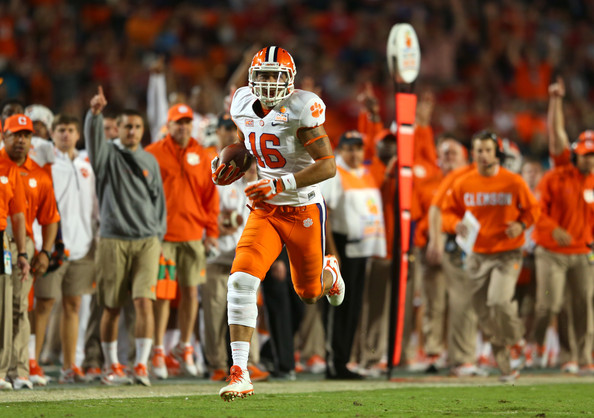 The Steelers have shown interest in many tight ends, including Jordan Leggett. Ladarius Green’s health is a huge uncertainty and drafting a tight end may be high on the Steelers priority list.

What’s to like: NFL-caliber size for the position. Creates separation up the seam. High effort run blocker. Makes his way to open space as a receiver. A former high school wide receiver, has very reliable hands. According to NFL.com, Leggett “only dropped two passes the past 2 seasons.” Versatile, can play h-back, inline, slot, or out wide. Is above average after the catch, with space he can stretch the field.

Concerns: Has a poor technique in run support which doesn’t allow him to fully engage with defenders. Another tidbit from NFL.com Leggett has “Has referred to himself as lazy in the past. Passion and urgency seem to be tied to a switch he flips for the big games.” Allows defenders to disengage with him too easily while blocking. Needs to sink his hips into his breaks, not lean. Lacks burst off the line of scrimmage.

Verdict: A receiving tight end who can give quality reps as a wide receiver if need be. Needs help with his blocking. If he was decent in that area, he’d be going a round higher. Great up the seam and in space. Ultimately, his blocking is very worrisome and reminds me too much of the Jesse James situation we are dealing with now. Steelers should look for a tight end who is more fine-tuned as a blocker. 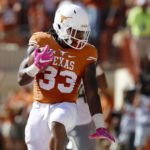