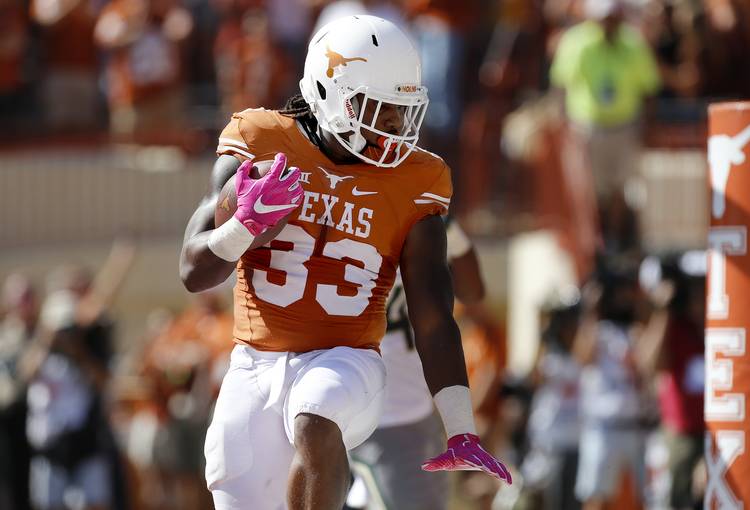 The Steelers should be considering drafting a running back in this upcoming draft, and most think it will be a power back. Pittsburgh met with a few at the NFL Combine, including D’Onta Foreman.

What’s to like: When getting wrapped up or tackled, keeps his feet churning to gain as many yards as possible. Has good vision, knows when to bounce out a run. Hits open gaps hard with a powerful burst, will squeeze into narrow gaps and push his way through. Has surprisingly good long speed for how big he is. Has some finesse to his runs, not just all power in his game. Due to his size and power, arm tacklers won’t be taking him down.

Concerns: Frightening ball security issues with seven total fumbles and he lost six of them. Ton of miles on this semi, 323 carries over an 11 game span (51 in week 10). Tries to be shifty when he needs to use his power. Not much receiving experience, only 7 receptions in 2016. Pass blocking technique needs refinement, doesn’t have a sturdy base and tends to get knocked back. Also with pass protection, he sticks out his arms and waits for the defender instead of engaging him with aggression. Foot injury kept him out of the NFL Combine.

Verdict: Big body type power back who is best between the tackles. Due to his lack of receptions and needed refinement in the pass blocking department, he’s not the best 3rd down back. I see Foreman as a 2-down back who stays in on 3rd downs when short yards are needed. Needs coached up to take on defenders better while pass blocking. A very productive workhorse in 2016, but fumbling issues are a huge turn off. If that is not corrected, that alone can get you phased out of the NFL quickly. 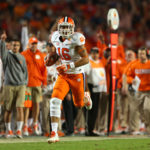