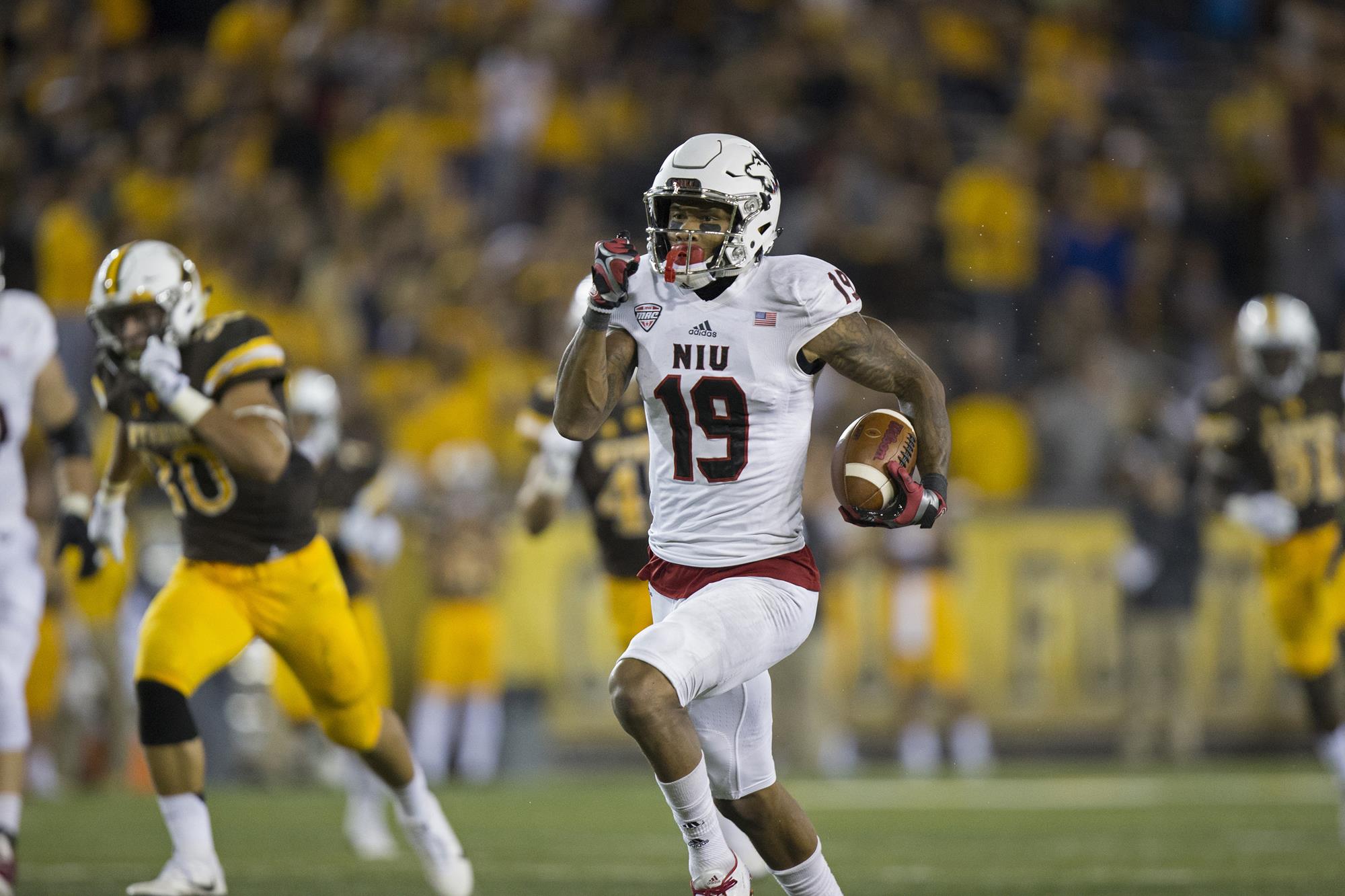 The Pittsburgh Steelers are in the process of using their 30 private visits for potential draft picks and one of those is being spent on a receiver from the Mid-American Conference. And no, it’s not Corey Davis.

What’s to Like: Has excellent size for a potential NFL receiver… Long strides allow him to get down-field quickly… Very good hands; brings the ball into his body quickly… Doesn’t go down on initial contact; will fight forward for extra yards… Red Zone threat who uses height and arm length to his advantage.

What’s Concerning: Very uninterested in blocking… Comes off the line on plays not going to him with little enthusiasm; gives DB immediate sense of what the play is… Route running is very average and needs work… Loses sight of the sideline; doesn’t always get his feet down when he should… I think he’s going to struggle against press coverage until he works on his strength and technique.

The Verdict: Hard to argue with the numbers Golladay put up in his two seasons at Northern Illinois but I’m a little surprised the Steelers would have him in for one of their 30 visits. He may be tall and athletic like Martavis Bryant but the comparisons stop there. He doesn’t have the acceleration or breakaway speed that that you want from a guy built like he is. He does possess some solid traits like coming back to the ball, knowing where to sit in the zone and being able to use his long arms to catch just about anything in his area. But f you compare him to another receiver in this draft that the Steelers are also having in for a visit, Josh Reynolds, there really isn’t a comparison.

I see Golladay as a late-round selection or undrafted free agent.