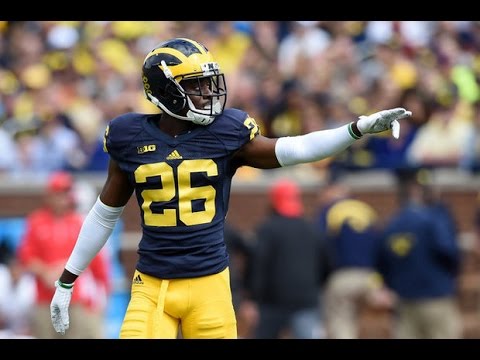 The Steelers have a dilemma at the slot cornerback position. William Gay may not be back and Senquez Golson has fewer total practices in than the Steelers do Super Bowl trophies. They may turn to the draft to sure up the nickel cornerback spot, which is basically a starting role.

What’s to like: For being undersized, plays big. Physical at the line of scrimmage in run support. A pass-break-up machine. High effort, passionate player. Active in run support, not lazy about it whatsoever. Stays on receiver’s hip down field. Smart player who recognizes route concepts. Shines in both man and zone coverage, although I personally prefer him in man. Aggressive, but reliable tackler. According to NFL.com, Lewis “Allowed just seven catches in 2016 for completion percentage against of 23.3.” Extremely good at finding the ball with his focus on the wide receiver and back to the quarterback. Only allowed two touchdowns in his three years as a starter.

Concerns: Long speed a minor concern. Small-ish frame. Overwhelmed physically by tight ends in run support. Allows receivers too much freedom off the line in the pass game, would love to see more of a jam at the line of scrimmage. Gives receivers a free pass on inside routes. According to NFL.com, Lewis was penalized 14 times over career with 8 of them being pass interference.

Verdict: Top 2 slot cornerback in the draft. Can play in the slot, or outside, man or zone. Very active in run support and a good tackler. Very aggressive and feisty, doesn’t let his lack of size hinder his play style or demeanor. Good ball skills, especially when breaking up passes. Needs to jam more at the line of scrimmage and not let the inside release. I’d love Lewis to be in the mix at slot corner if Kevin Colbert finds an upgrade for Ross Cockrell.

Timmons’ Era Over as He Leaves for Miami