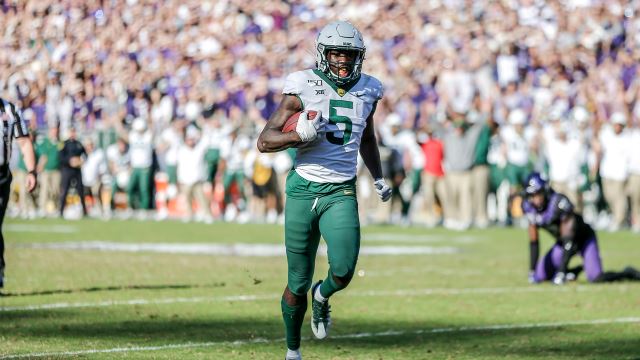 Even with the Steelers sidelined for the first round of the 2020 NFL draft, mock draft season is already in full swing. As the faux-GM of the Steelers in this mock, I am operating under the assumption that the Steelers will place the franchise tag on Bud Dupree while letting Javon Hargrave walk. I am also going out on a limb and predicting that the Steelers will use their limited financial resources to address the NT position in free agency. If for some reason, the Steelers enter the draft without Dupree and/or without a starting NT, mock draft 2.0 will obviously have to look much different. Here we go.

This receiver class is absolutely loaded-it’s not of matter of if the Steelers select one, it’s a matter of when. While receiver isn’t necessarily the teams biggest need, Mims was the best offensive playmaker on the board at this point. Mims is a jump ball wizard with an insane catch radius who has a knack for tracking the football on deep throws down the sideline. He’s a height/weight/speed prospect that ran a 4.38 40 yard dash to go along with his 6.66 3 cone and had a vertical jump of 38.5 inches. Projects best early on as a Z receiver but could be used as an X if he can become more comfortable beating press coverage looks on the outside.

I am expecting Pittsburgh to franchise tag Bud Dupree but they may not be able to agree on a long-term deal past the 2020 season. Highsmith would give them much needed depth as a potential 3rd OLB in the rotation while providing some insurance if Dupree walks in 2021. The type of high effort player that the Steelers are typically attracted to, plays 100 MPH at all times. He’s twitched up with some already nifty counter pass rushing moves including a pretty nasty spin move.  Coming off of an insanely productive senior campaign in which he notched 15 sacks and 21.5 tackles for loss.

With cap space an issue, I am expecting the Steelers to release Ramon Foster and move Matt Feiler to Guard this offseason. This will open up the starting right tackle spot and while I don’t expect Peart to win the job as a rookie, this pick still makes a ton of sense. Peart has solid size at 6-7, 318 lbs and has experience playing both tackle positions. Former basketball player who has impressive athleticism to work with as a project OT. His combine weight was 15 pounds heavier than his listed weight at UCONN which is a plus because most think he needs a redshirt year to continue to bulk up and grow into his frame.  Could offer swing tackle capabilities early on his career and could eventually develop into a long term starter at right tackle.

Vance McDonald will likely be brought back but the team desperately needs depth at this position. Albert O’s monster combine numbers might slingshot him up further than this. The Steelers met with him at the combine so there is already some familiarity there. Very good frame at 6’5, 258 lbs who has experience both as an in-line blocker and as a receiver flexed out in the slot. Excelled on seam routes and in the intermediate areas of the field. 23 of his career 98 receptions went for touchdowns.

The Steelers starting safety tandem of Minkah Fitzpatrick and Terrell Edmunds will return again in 2020 but they could use some depth behind them particularly at Free Safety. Fuller has experience playing in single high and split safety looks.Fuller’s rather disappointing combine could place him in day 3 territory where I would be thrilled to see Pittsburgh take a chance. If you don’t take my word for it, check out what his head coach had to say about him last year: “He does everything the way you’d want your son to do it,” Day said. “If you had a daughter, you’d want her to marry him. That’s the kind of kid he is. He does everything right. He’s Academic All-American. He’s a tremendous football player. He’s playing at a high level right now. He’s got really good leadership. He does things off the field. He’s very, very respectful. He’s a team captain. It’s like, how many things can you do right, and that’s Jordan. We’re really blessed to have him.”

Both Mike Hilton and Cam Sutton are slated to hit free agency next year so it would not surprise me if Pittsburgh takes a slot capable corner come April. Given his frame, Hill is likely destined for slot work throughout his career but remember that slot corners are essential starters in today’s NFL. There is a lot of stuff to like with Hill’s coverage ability: has good footwork and is surprisingly strong for his 5-10 190 lb frame. Has experience playing press coverage and is comfortable doing so. Consistent ball production at Michigan, picked off 3 passes while breaking up 9 more during his senior season. 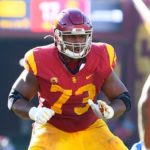