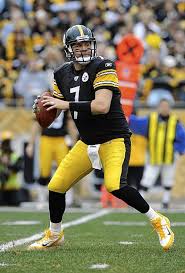 Last week, the Pittsburgh Steelers rushed for what amounted to peanuts so it only made sense to come out throwing right? Three straight runs followed by a punt set the tone for an abysmal 20-10 loss in Cincinnati.

Why this ownership and coaching staff have taken their franchise quarterback and turned him into a shell of his former self is beyond me.

Ben Roethlisberger wasn’t good last night against the Bengals. Throws sailed away and were often off the mark and who knows how much of that was due to his receivers who did him few favors.

Jerricho Cotchery looked lost while dropping passes and when David Paulson finally got his shot he fumbled it away. Rookie Markus Wheaton was again little used and why is anyone’s guess.

Todd Haley’s offense was supposed to add years to the life of Ben Roethlisberger. It has instead taken them both physically and mentally.

Roethlisberger showed more emotion during a drive at the end of the half than I’ve seen in some time. He was clearly frustrated by yet more personnel problems and horrible play-calling. It was obvious to me he wanted to keep running the no huddle so he could call his own plays which I totally understand.

No, Roethlisberger wasn’t himself in this game and at this point who could blame him? He is being protected by turnstiles dressed as tackles and running backs who can’t block worth a damn.

Apparently being able to say you run the football is more important than winning football games.