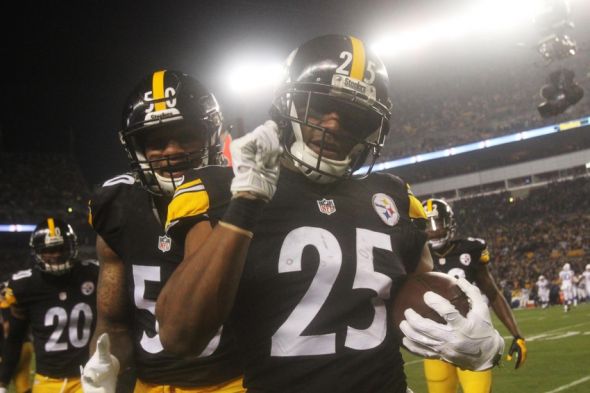 Earlier today, former Pittsburgh Steelers’ cornerback Brandon Boykin signed a one year contract to play with the NFC Champion Carolina Panthers. With the stroke of his pen on the fresh new deal Boykin’s time in the Steel City was officially over.

What a short, strange trip it was…

Boykin came to the Steelers who were desperately in need of help in the secondary in an early August trade with Philadelphia. The Eagles received a fourth or fifth round draft pick. That would be based on whether Boykin played 60% of the team’s defensive snaps. You know the rest of the story right? He played in far less than the 60% needed and thus the Eagles received a fifth round pick for next month’s draft.

We will probably never know the “whole” story of why Boykin played so little but there is no shortage of stories out there claiming to know the truth.

Did he not fit the system?

Was he injured early on?

Did he have a disagreement with Mike Tomlin or another coach?

Was he struggling to learn the playbook?

Were the Steelers trying to get by so they didn’t give up the fourth rounder?

Take your pick from those or any number of others you may have heard but the bottom line is that Boykin didn’t see the field nearly as soon as he should have. That isn’t just my opinion either. Throw a dart blindly and you’ll likely hit one of the many NFL talking heads who said as much. I realize that doesn’t justify anything per se but if we at SCB and so many others could see it why couldn’t Tomlin and Keith Butler?

It’s a fair question to ask isn’t it? Or are we not allowed to question the coaches? Believe me, I’ve heard that one several times on this situation alone.

When Boykin finally started to see snaps the pass defense got better. Granted, the Steelers weren’t exactly facing top talent at quarterback down the stretch but it is what it is. As fans we can easily fall in love with certain players for any number of reasons but with Boykin, we saw results and we had already seen past success in Philadelphia. Therefore, it was mysterious and almost agitating that Boykin wasn’t playing early in the season.

The short tenure of Brandon Boykin in Pittsburgh will likely be one of the more bizarre moments of the Mike Tomlin Era. Because of how Tomlin and the Steelers’ do things I don’t think we will ever get the whole story and even if we do there will be another side as there always is.

I wish Boykin well in Carolina and will always wonder what might have been. 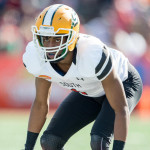 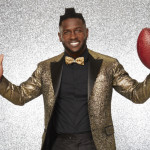 I’m going to throw my two cents out there. Tomlin just didn’t like Boykin plain and simple, maybe something said in passing or whatever. But Tomlin did put his emotions above the team and i hope it never happens again. Is Tomlin a good coach, yes. Is he a great coach well i don’t think so his game and clock management speak for itself. And i’m sorry but that’s his primary job. We do have enough talent to win the big one, but the coaches ego or shortcomings should never get in the way. And the fact is they did with Boykin.

How do you know Tomlin didn’t like him and put his own feelings ahead of what was good for the team?

I can’t say for sure Tomlin didn’t like Boykin. I know some have refuted it but I stand by the story I wrote earlier in the season about the two of them have a ‘disagreement’ following the season opener. That said, it doesn’t mean they didn’t like each other. We all have arguments with people we like…

[…] I wrote about it last night and ya, I’m dwelling on it way longer than I should, but Brandon Boykin has moved on. He signed with Carolina yesterday. […]

There are several reason i say this but the primary ones are. playing inferior talent, not playing him at all when by all accounts he was having great practices, and the fact that just about every football commentator were saying so, well accept for the ones with black and gold sunglasses, In short it doesn’t take a genius to say “Boykin should have been playing” The nice way to say it was he was in the dog house,

That’s all speculative. And while I respect Steeldad’s football acumen, his report alone does not equate to “just about every football commentator saying so”.

Ok last time here is a list of sports comentators who thought the Steelers should have been playing Boykin. Mike Golic and Greenburgh D. Sanders, Ryan Clark, Eric Davis, Mike Dicka, M. Irving, T Aikman, Stephen A, That’s just off the top of my head and there’s video to make that a fact. Like i said in the past this problem shouldn’t be there. Why go out and sign talent and let it sit the bench behind inferior talent? It’s a valid question and my statements are factual. Your rebuttal to my comment doesn’t have legs to stand on plain and simple. And BTW Antonio Brown said he was the best CB on the team.

Guys who thought they should have been playing him? Well, you can add me to the list.

One last time, none of our names being there makes the case that Tomlin disliked Boykin or benched him because of that.

Your statements are based on conjecture and supported by opinion. Nothing you have written here is factual.

Ok then here’s my opinion, Tomlin coaches like a High School coach. He picks his favorites, he very rarely rotates players at any position, it doesn’t matter if better players are on the bench,his clock management is non-existent, he doesn’t throw a challenge flag, he has a huge ego and all these things combine hurt the team. I’m sorry to say that player like Boykin and Blount got caught up in this bull and it’s far too easy to say that the coach or the steeler way are always right. Are these problems getting in the way of this team going all the way? Well that remains to be seen, but these problems are there and i doubt they are going away soon. I still love the Steelers but watching this go on year in and out makes me shake my head. And don’t come back and say well that’s the best we got because it would be absolute B.S. THE FACT IS WE ARE BETTER THAN THIS.