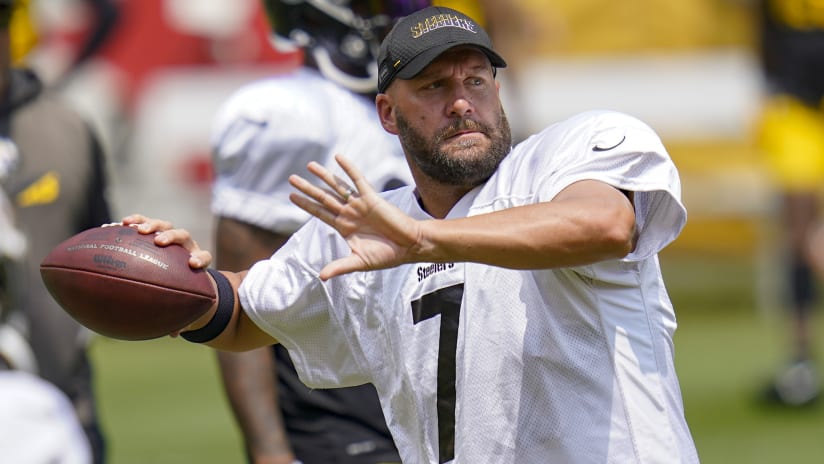 Why are we in such a damn hurry for everything? This season, the 2021 NFL season, hasn’t even kicked off yet and already people are wondering if Ben Roethlisberger will perhaps return in 2022. Can we please just get through this year first? Is that asking too much? For whatever reason this seems like “need to know” information.

Steelers’ President Art Rooney II spoke to a gathering of reporters at practice today and sure enough it came up. Whether he was asked (I’m assuming he was) or offered it himself (why put yourself through that now?) doesn’t matter. The answer is really quite simple. We don’t have any idea what 2022 will bring for Big Ben. We don’t even know what this year will bring!

Roethlisberger’s contract voids after the season but that doesn’t mean he can’t return. If the organization isn’t happy with Mason Rudolph or Dwayne Haskins or anyone else that may be on the roster then they may feel Roethlisberger in ’22 is their best bet. Maybe he has an even better season than 2020 where he threw for 33 TDs and 10 INTs and decide he’s got something left in the tank. Admittedly he fell off as the season wore on but the whole team did as far as I’m concerned.

Trust me when I tell you that none of us should be in any hurry to find out what next season offers. Going through QB hell between Terry Bradshaw and Big Ben was bad enough. None of us should want to endure that so how about we just get through this year and then we can worry about Ben Roethlisberger at that time. Any other talk is premature in my book.