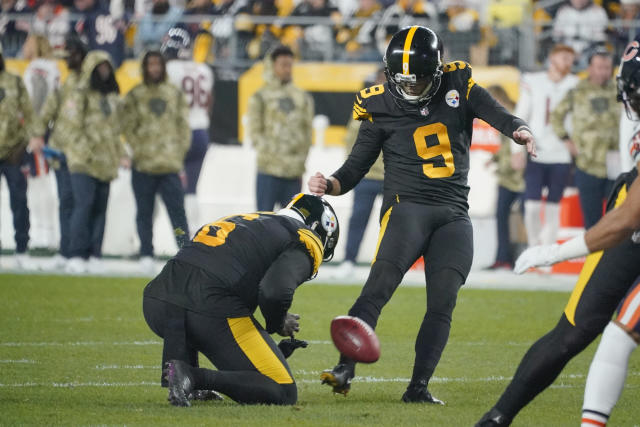 It is probably fair to say that there are a few issues that the Pittsburgh Steelers need to resolve before they become a team that consistently competes in the playoffs. However, of the problems they have, the biggest could be scoring.

Although they have been strong defensively, the electric offense that we all want from Pittsburgh is not quite there. As of  November 15th, just five teams in the entire NFL  have scored fewer points than Pittsburgh: New York Jets, Houston Texans, Jacksonville Jaguars, Chicago Bears, and Detroit Lions.

All five have big losing records, with the Bears having the best of those listed at 3-6. This is not the kind of company that Pittsburgh should be keeping.

Given their scoring troubles (prior to this past Sunday night in LA), it is no surprise that despite the fact they are second in the division, the Steelers are outsiders to win the AFC North division, priced at 4.8/1. Betting is available across all of the NFL divisions, and fans can visit Space Casino for further odds from the AFC North and the rest of the league. A turnaround in their scoring would probably see the odds for the Steelers shorten, but until that happens, it is unlikely we will see them become genuine challengers for the divisional title.

So where in particular does the problem lie, and what do the Steelers need to do to fix this?

The Scoring Problems of the Steelers’ Offense

One of the biggest issues with the offense is that there are a limited number of players who actually get involved when the scoring takes place. Just four different touchdown scorers have been on the board this year, which is simply not good enough.

What is promising is that the top touchdown scorer and most explosive player is Najee Harris, who Pittsburgh drafted this summer to try and turn around their offensive line. If you want a positive to focus on, the Steelers have succeeded in the draft recently with their first-round pick. If they want to add more pieces when it comes to touchdowns, they need to do the same again next summer.

While Harris has been a huge bright spot on the roster, he is not capable of doing everything to drag the team forward. Tight end Pat Freiermuth was brought in in the second round of the 2021 draft, and he too has been given a chance to shine like Harris this season.

He’s used his size to grab four touchdowns, which is an impressive start for a rookie. The hope is that he can add even more in the future when he learns how to play the tight end role in the NFL, and he strengthens up more.

The offense is not quite perfect; players need to grow, and another piece or two is needed. This means that the fans will have to wait a little longer to see the Pittsburgh Steelers score freely once again.

Is Scoring the Biggest Problem for the Steelers to Solve? was last modified: November 23rd, 2021 by SCB 2019
#steelersNajee HarrisPat FreiermuthPittsburgh Steelers 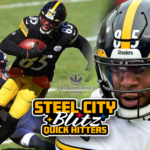 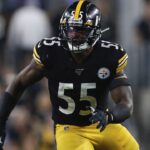 Our Thoughts as the Steelers Move to...