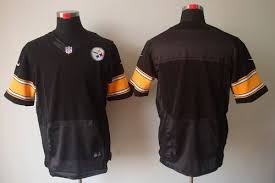 You probably thought I would reveal my selection with the photograph didn’t you? Not so fast my friends…

Last year I started this series and I will continue this year and Chris will give you his guy as well this week. We define our ‘Most Important Player’ not as the MVP of the team, but as the guy who can really affect the outcome of games should he be absent. If we did the MVP, then we could pencil in Ben Roethlisberger or Antonio Brown and be done with it.

Last season I told you no one would be more important than Kelvin Beachum. Now that is certainly an arguable selection but consider the work he did coming in for Mike Adams who was a turnstile of epic proportions through the first four weeks. Remember too that Beachum was thought to be ready to go to center or guard but became a very integral part of the team’s late-season success.

So without further ado, my most important Pittsburgh Steeler is…. Wide Receiver Lance Moore.

Last season, Jerricho Cotchery was at times the most important receiver on the field for the Steelers because of the pressure he took off of Anontio Brown and Heath Miller. To further that point, Cotchery was one of the NFL’s top 20 wideouts in 2013 when it came to red zone productivity.

Cotchery had 17 targets, nine receptions for 72 yards and an amazing eight touchdowns in the red zone last season. His performances could not have been more welcomed to a team that has recently struggled with red zone opportunities. Cotchery has taken his talents to Carolina where he’ll again play in the slot where he was incredibly productive.

Enter Lance Moore who not only has to pick up the baton from Cotchery, but he might also have to play considerable amounts of time in the number two spot if things just don’t work out with Markus Wheaton. If you watched the preseason game against the Eagles, Wheaton looked less than totally prepared to start at the number two.

Let’s assume however that Wheaton does start behind Brown. Moore will then be in the slot and has to produce for this offense. He will be a shorter, quicker version of Cotchery but either way he has to find room and areas on the field where he can work effectively as Cotchery excelled at this in the red zone last season.

Moore will be required to block as well with as many wide receiver screens as coordinator Todd Haley likes to use. This means Moore has to engage a corner or safety and must sustain the block long enough for Brown or Wheaton or perhaps Dri Archer to get up field.

It would have been easy for me to have selected just about any defensive player, but I really believe that Lance Moore must have a big year in order for this offense to truly hit its’ stride. 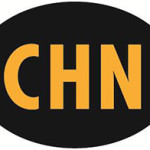