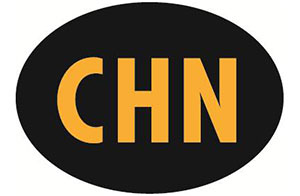 As you can see from the picture, the Steelers announced yesterday that this will be the decal the Steelers will honor late former coach Chuck Noll.

-I’m not going to lie, I think Noll deserved better than a sticker. A shoulder patch would have been more appropriate in my opinion.

-The Steelers elected their captains yesterday. Ben Roethlisberger will captain the offense, Troy Polamalu the defense and Shaun Suisham and Rob Golden will serve as special teams captains. Amazingly, this is the first time for Polamalu.

-The Steelers released their most recent depth chart yesterday and as always I urge caution here. I have found over the years that the depth chart we see on line can be far different from the one the coaches have. That said, a bit of a surprise with Cam Thomas listed as the starter ahead of Brett Keisel. I expect that to change soon.

-The offensive depth chart was about as chalk as it gets.

-Today is on off day for the Steelers’ players.

-With 300 yards or more on Sunday, Ben Roethlisberger would have his 29th such game of his career.

-A passer rating of 100 or better would be the 60th such game in Roethlisberger’s career.

-This meeting with Cleveland will be the 123rd time they’ve met. Ironically, the very first meeting was also held on a September 7th.

-Alejandro Villanueva, now on the Steelers practice squad is 6’9″. He also happens to be a former Army Ranger who served three tours of duty in Afghanistan. While the Steelers seem likely to play him at offensive tackle, I’m advocating for tight end. He led Army in receiving in 2009 with over 500 yards receiving and five touchdowns. 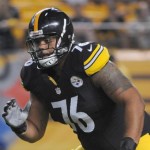 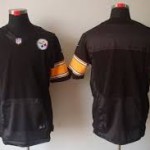 Was reading about Villanueva this morning… Definitely an interesting guy.

Played WR in college, tried out for the Eagles at DL, and now listed at OL for the Steelers.

I’m tempering my expectations for this guy but at the same time he could be a real find.

I watched a lot of Highlights for Villanueva. ..He looks the part of a tight end. Has GREAT hands. Very little footspeed. Apparently he ran a 5.08 40 but has hit 4.8. Not much burst in and out of cuts but he catches E VERY THING whether it’s 4 feet over his head or at his feet. I would really love to see this American Hero get to live his American dream on thr best team in sports. God bless Captain V. Steeler Nation is rooting for you. With your work ethic and battle tested mentality I have no doubt you will succeed no matter what happens.

Thanks for checking in… Ya I don’t think he would need to do anything as a tight end other than just go up for jump balls in the end zone. He is impossible not to root for. Hoping the Steelers can find a way to use.

The Steelers wanted to place a patch on their jersey for Chuck Noll, but the league stated that only Owners patches can be placed on the Jersey. Pretty stupid if you ask me!

You’re absolutely right Scott and I keep forgetting that. I agree that it’s a stupid rule.