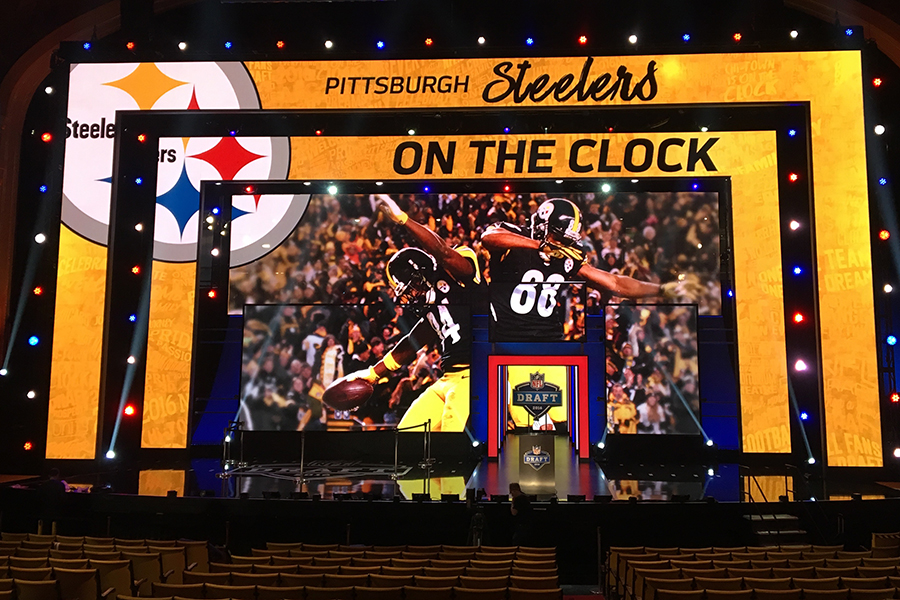 I’ve put out a ton of content over the past few weeks discussing what the Steelers might do in the draft, from positional previews to podcasts to a first round Steelers Draft Board. There are a number of different ways that the first 27 picks in the draft could play out, so it is honestly hard to project who the Steelers will take with the 28th overall pick. It seems almost certain that the first 27 picks will contain 5 QBs (Darnold, Rosen, Mayfield, Allen, Jackson), 1 RB (Barkley), 1 OG (Nelson), 2 EDGE rushers (Chubb, Landry), 1 CB (Ward), and 2 safeties (James, Fitzpatrick). Unfortunately that is only 12 players which means that 15 other guys will get taken before the Steelers have a chance to pick. I don’t generally engage in mock draft exercises, but I’m doing one because SteelDad told me to.

The ideal scenario is for Boise State ILB Leighton Vander Esch to fall to the Steelers at this point. There are rumors that teams have concerns about his neck injury, which the Steelers seem to be okay with according to Gerry Dulac. Vander Esch has had visits with every team in the second half of the draft so I still think he gets taken somewhere in the first 27 picks. Additionally, I think the Steelers find a worst case scenario of Rashaan Evans and Justin Reid also being taken. As I said in my Running Back positional preview, the urgency of taking an RB depends on how long the Steelers believe Le’Veon Bell will hold out. If they think Bell will be with the team for Week 1 there is not a need here, but if they believe Bell will hold out into the season (possibly as much as the first 10 games), then selecting an every-down RB is worth the pick and makes it easier to move on from Bell after 2018.

If the Steelers miss out on a linebacker in the first round, don’t be surprised to see them go back to the well of the Ohio State defense in the second. Baker is not my ideal choice (I like South Carolina State’s Darius Leonard and Clemson’s Dorian O’Daniel better), but given the Steelers draft history and their penchant for Buckeyes, this would not surprise me. I don’t think Wake Forest S Jessie Bates makes it this far to 60, and ILB is the biggest need on the roster. Baker is an athletic linebacker that can fly all over the field and make plays in coverage. He needs some work to transition into a full-time Mack LB role in a 3-4 but he comes from a mold the Steelers have tapped in the past and would be able to sit behind Jon Bostic for some or most of 2018.

Even though the Steelers depth chart seems to be fairly set at corner with Artie Burns, Joe Haden, Mike Hilton, Cam Sutton, and Brian Allen, it would not surprise me to see them add another. Stewart is a physical slot corner who produced a number of turnovers and big plays at UNC. Stewart was one of the stars of the Senior Bowl and fits the Steelers mold of a strong, aggressive corner who is a good tackler (something sorely missed last season).

This might be a bit of an off-the-radar pick as the Steelers have not shown much interest in the Northwester safety. That said, no one foresaw Colin Holba or Brian Allen as viable targets last season, so it would not surprise me. After bringing in highly athletic Southern Miss safety Tarvarius Moore for a pre-draft visit, I think the Steelers would love if he fell to them in the 5th, but with Moore’s draft stock skyrocketing since his Pro Day he probably won’t last that long. Igwebuike is also an elite athlete that plays with a physical demeanor. He is likely more of a strong safety than a free safety, but would offer versatility to play in the box as a dollar linebacker in sub packages. He will be an immediate impact player on special teams due to his speed and physicality with the potential to take over Morgan Burnett’s safety role in a few years.

Nichols played tight end and defensive end in high school then bulked up in college and moved to the interior of the defensive line. He displays great burst and athleticism for someone his size. Nichols is a high-effort player that does not quit on plays and keeps working, particularly when moving down the line against outside runs. There are some concerns about him playing too upright and the fact that he played against FCS competition and was not dominant. That said, as discussed in the Defensive Line preview, the Steelers need someone with size in the middle who can plug things up in obvious run down scenarios to let them move on from Daniel McCullers.

Traded a whole bunch, now owned by Tampa Bay: The Steelers originally traded their 2018 6th rounder to Cleveland for CB Justin Gilbert then got the pick back in a trade at the end of training camp that sent Sammie Coates to Cleveland. The Steelers then traded the pick again to Tampa Bay for safety JJ Wilcox. The Wilcox trade actually cost them 2 draft picks – their 6th in the trade and a potential compensatory pick because Wilcox’s contract offset the lost contract values from previous free agent signings.

Stop me if you’ve heard this before, but the Steelers are interested in a 5’10” 180-pound receiver. James’ 2017 season was cut short after a broken collarbone injury, but prior to that he was an incredibly productive receiver at Middle Tennessee State. In just 2 1/2 seasons he set school records for receptions, receiving yards, and touchdowns. In his redshirt freshman year he had 108 catches for 1346 yards and 8 TDs then followed that up with 1625 yards and 12 TDs as a sophomore. He is a dynamic playmaker with the ball in his hands and played both as a receiver and wildcat quarterback as a sophomore. One of the best parts of his game is his foot quickness and he is elusive both before the catch and with the ball in his hands. James has some capabilities as a punt returner as well and could fill in the role Eli Rogers played last season as a slot receiver and returner.

I’ve been saying for a while that I expect the Steelers to double-dip at inside linebacker. Thomas has the highest SPARQ (athleticism metric) of any off-ball linebacker prospect (higher even than Leighton Vander Esch). After some struggles early in his collegiate career, including being suspended for 6 violating team rules then missing a year after being academically ineligible after his grades slipped in the wake of his mother’s death, Thomas finished strong. He led the Seminoles in tackles in both his junior and senior seasons and had a monster Orange Bowl against Michigan where he posted 11 tackles (3.5 TFLs). He is an explosive athlete with elite numbers in the broad jump, vertical jump, and a solid 3-cone drill and 40-yard dash. Thomas has the range to go side-to-side and cover down the field, but like many of the late-round linebacker prospects, is slightly undersized and will need to add some functional play strength and develop his instincts when attacking downhill. 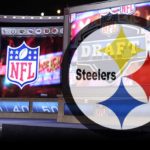 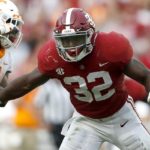 Great job with all the mocks they are fun. Now time for the real thing.