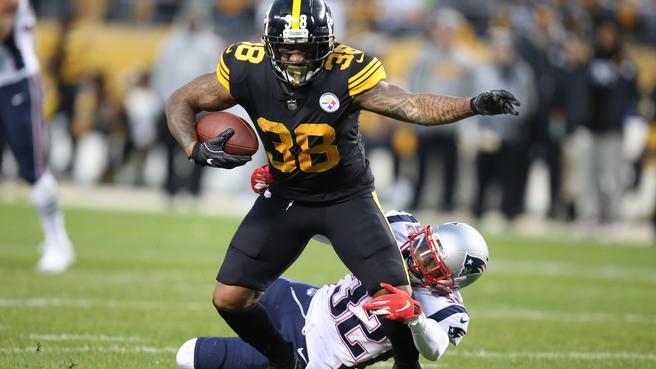 For this day anyway the Pittsburgh Steelers have slain the evil empire. It was tense, dramatic and filled with twists and turns but the Steelers held on to defeat the New England Patriots 17-10. It was the type of game I’m quite certain no one saw coming. But that aside for a moment, this performance makes the Steelers’ recent string of losses all the more frustrating.

In the prior three weeks, Pittsburgh had surrendered three straight fourth quarter leads. Two of those were to teams that will finish well out of the playoffs and quite frankly had no business beating the Steelers. Where was the passion and fire we saw today in the last several weeks? Where was the excellent game planing by both the offensive and defensive staffs?

I’ll be the first to admit that this New England team is not the Bill Belichick teams of the past. It’s a good team, don’t get me wrong, but this team lacks a lot of those things the previous versions had. First of all were the mistakes. They entered as the least penalized team in the league (big surprise I know) but they were constantly stymied by false start penalties and other mental errors. They suffered from dropped balls and Tom Brady was not nearly as accurate as we’ve seen him.

But we have to credit the Steelers too. The designed ‘toss-counter’ plays were like striking gold time and time again. Jaylen Samuels seemed to thrive on them which led him to success in other areas of the offense. Randy Ficthner also found ways to to get Ryan Switzer involved as a running back and his empty sets kept the field spread and allowed Ben Roethlisberger to see where he was going with the ball often before the snap. The offense did just put 17 points on the board but a missed Chris Boswell field goal and two interceptions were the main culprits. When they needed that final, time-killing drive though, the offense came through.

What the offense did today paled in comparison to the performance of the defense. After giving up a long touchdown pass on the third offensive play of the Patriots, the defense would relinquish just three more  points over the final three and half quarters. Keith Butler, who I still feel will get his walking papers at season’s end, put together a very good game plan that limited Steelers’ nemesis Rob Gronkowski to just two receptions on five targets.

Then came the end. In recent weeks this was where the defense had failed. It couldn’t come up with a big stop or a turnover or a sack to save its’ life and with Tom Brady the opponent this time it seemed too easy. Despite allowing New England to get into the red zone, the defense finally stood tall. When the fourth down throw fell incomplete, there was relief. Relief that the Steelers had finally beaten the Patriots but also relief that the losing streak was over and with it, the idea that the defense couldn’t get an all-important stop.

For all that was good today I couldn’t help but think what may have been. The Steelers now must go to NFC South Champion New Orleans and hope they can give a similar defensive performance. Their half-game lead is still intact over Baltimore and could be again next week as the Ravens travel west to play the Chargers. Sadly, it shouldn’t matter. The Steelers let many things slip away and whether it was a lack of coaching, a lack of talent or a lack of fire really doesn’t matter. They are where they are regardless of how frustrating that may be.

The Historically Bad Pace of the Steelers...