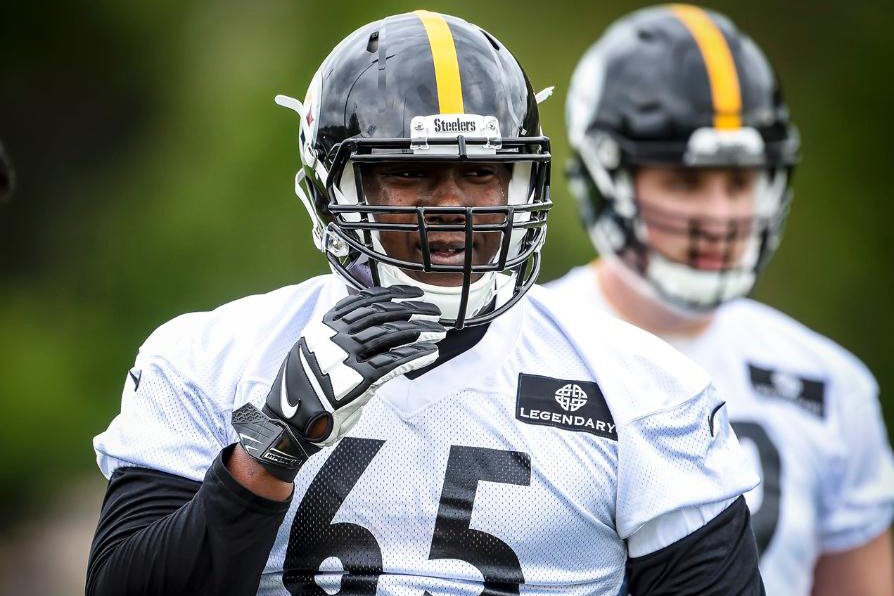 Injuries are part of the game; that’s the first thing anyone who plays football or follows football has to understand. More often than not, injuries often happen away from the ball or with little to no contact at all. It sounds like that was the case with Pittsburgh Steelers’ Offensive Lineman Jerald Hawkins who left practice with a knee injury.

Hawkins is entering his third season and a most pivotal one too. After being hurt in his rookie campaign, he saw more time last season but still trailed behind the starters and swing tackle Chris Hubbard. With Hubbard off to Cleveland via free agency, that “swing” tackle spot appeared to be Hawkins for the taking.

Ramon Foster on Jerald Hawkins knee injury: "All I heard was him screaming."

I am not a doctor and I sure am not going to play one here either but this sounds like a lot more than just a sprain. I hope I’m wrong and that it’s nothing more than that but based on Ramon Foster’s comments it was away from contact and quite clearly painful as heck.

The question of knee braces being work by players (especially linemen) during OTAs was recently discussed on “Golic and Wingo” following the Chargers’ Hunter Henry going down with an ACL tear last week. Mike Golic Jr mentioned that during his training camp with the Steelers, no one wore them until guard Nik Embernate went down with a severe knee injury. Following that, they all wore the knee braces. At this time I do not know if Hawkins had braces on. For the record, knee braces are not a guarantee against knee injuries.

Also leaving with a lower leg injury was Jake McGee, a tight end the Steelers signed in the offseason. He’s widely known for his blocking prowess. While not as serious in terms of depth and need, the Steelers do not really have a true “blocking tight end” so this may be of some significance.

[Update:] McGee has a torn achilles’ tendon and is lost for the season.

Hawkins’ injury, should it be serious, could force the timetable on rookie Chuks Okorafor to be moved up. The third rounder from Western Michigan has ability but needs lots of technical work.

I’ll have updates on both injuries in tomorrow’s “Quick Hitters.”

SCB Steelers’ Quick Hitters: The “Did AB Step In It?” Edition

SCB Steelers’ Quick Hitters: The “How They Should Be” Edition

[…] Unfortunately yesterday was not all good news. Offensive Tackle Jerald Hawkins left practice with what has been diagnosed as a torn quad muscle. Tight End Jake McGee, who we felt had a legitimate chance to make the roster, has a torn achilles’ tendon. McGee will most definitely miss the 2018 season while Hawkins looks to be destined to the same fate. Hawkins’ loss is significant and I took a look at why yesterday. […]