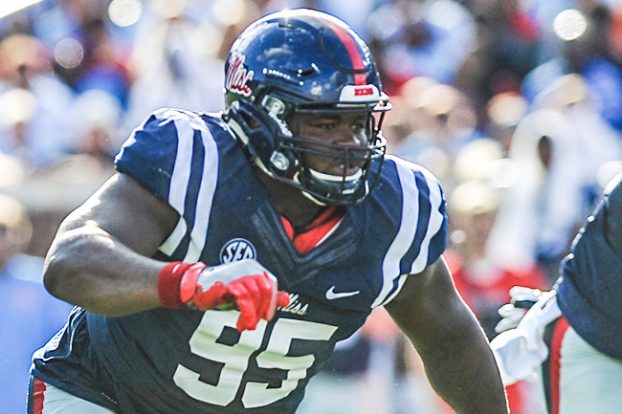 “I thought you said this about positions of need?” Well, actually I did but in case you haven’t noticed the Steelers almost always draft a receiver and this class is one of the most loaded classes in recent memory. Not all of the most sought after receivers will be in Mobile for the game but do not be fooled. There’s some talent in the Senior Bowl at this position.

Chase Claypool 6’4″ 229lbs, WR, Notre Dame – This guy is a monster at this size who can do damage all along the route tree. He lacks top receiver speed but wins 50/50 balls and is a ‘hands’ catcher. He would be a nice compliment to the smallish receivers Pittsburgh currently has.

Collin Johnson 6’6″ 221lbs, WR, Texas – Big, long and athletic. The former Longhorn has the potential to be a pass-catching tight end with some added weight but for right now he’s a projected wide receiver. Has serious work to do on the route tree, but excels on deep throws and wins jump balls.

Quartney Davis 6’1″ 199lbs, WR Texas A&M – Versatile, quick receiver who also offers good acceleration and speed. Has battled some injuries in his career and doesn’t always catch the ball cleanly. Willingness to do what is asked appears to be a real positive for a guy who can play all along the formation.

The Steelers are unlikely to move on from Vance McDonald simply because as tight ends go he comes pretty cheap. But if they can’t keep Nick Vannett then the position becomes a massive need because Zach Gentry is not the answer. Therefore the Senior Bowl offers a couple of intriguing options.

Adam Trautman 6’6″ 253lbs, TE, Dayton – Was a quarterback when he arrived on campus and was also an excellent basketball player. Those skills are evident as a tight end. More than willing to block but added strength and technique will be huge for him.

Josiah Deguara 6’3″ 240lbs, TE, Cincinnati – This guy will compete hard that won’t be a problem at all. Will need to bulk up a bit and improve overall strength but catches the ball well and runs solid routes.

Harrison Bryant, 6’5″ 240lbs, TE, Florida Atlantic – This kid has produced since early in his career but isn’t your typical tight end. He can stretch the field quite well and looks more like a wide receiver than tight end. He will need weight and strength but the willingness to block is there. He would be a terrific red zone target.

With Javon Hargrave more than likely gone, Tyson Alualu another year older and Dan McCullers pretty much useless the Steelers have to upgrade here. Here’s a few guys that could fit the bill.

Neville Gallimore 6’2″ 311lbs, DT, Oklahoma – Probably fits as a three tech but has lots of skills and abilities to like. Powerful hands and quick feet are terrific. Has already started to get attention in Mobile.

DaVon Hamilton 6’3″ 321lbs, DT, Ohio State – More than held his own against top interior linemen in the Big Ten. At 6’4″ there’s some concern he plays too high but he’s loaded with experience and was a key cog in the Buckeyes’ D.

Benito Jones 6’1″ 321lbs, DT, Ole Miss – This is a very large man right here who would immediately provide the Steelers with the interior defensive presence that would help keep linebackers clean. He’s not much of a penetrator and doesn’t have a lot length but he’s athletic and reads things well happening in front of him.

I’ve said since the season ended that I don’t see the Steelers being able to afford Bud Dupree after his 10.5 sack season. Anthony Chickillo is not the answer nor does Ola Adeniyi appear to be either. With this in mind here’s a few names the Steelers will be watching.

Jonathan Greenard 6’4″ 263lbs, EDGE, Florida -After three years at Louisville, he transferred to the Gators where collected ten sacks and 16 tackles for loss. He’s got a lot of the measureables you look for but could be better against the run and will need technique work for sure.

D.J. Wonnum, 6’5″ 250lbs, EDGE, South Carolina – High effort and high energy guy who needs work in a number of areas including his overall pass rushing set. Likely a core Special Teams’ guy who could develop into something with the right coaching.

Joshua Uche, 6’2″ 250lbs, EDGE, Michigan – Another guy who has shown flashes but will likely be a Special Teams’ player to start. Super quick and has better bend then a lot of guys but lacks consistency game to game. He’ll make several huge plays then kind of disappears. The tools are there, but can he be a bigger player when needed?

I’m of the opinion that Ramon Foster has played his final game in Pittsburgh and I’m not 100% sure B.J. Finney sticks around. Therefore guard could become a major area of need depending on how the Steelers proceed.

Ben Bredeson 6’5″ 325lbs, Guard, Michigan – Should eventually be a starting NFL guard. Hands need some work but his overall experience and smarts are too good to pass up. He’s your classic mauling-type interior lineman.

Tremayne Anchrum, 6’2″ 315lbs, Guard/Tackle, Clemson – Played tackle for the Tigers but is projected by most draft experts to be better off inside. There’s nothing spectacular about him but he does a lot of things well. Lots of experience and willingness to get better especially with his balance where being inside should help.

Nick Harris 6’1″ 293lbs, Guard/Center, Washington – The Steelers love versatility in their offensive linemen and Harris possesses those traits. With over games played for the Huskies at both Guard and Center, Harris has the experience you love and brings some really nice athletic traits too. He probably fits better as a center and isn’t overly long but should B.J. Finney depart Harris could be a decent replacement.

I chose a mixture of obvious targets and some who may be under the radar. I think we’ll have much better idea of the Steelers’ intentions with these young men next week when the game is over.