As disappointed as I am that our Steelers are not playing in the Super Bowl, there is definitely part of me that is glad to see New England and Baltimore not playing in it either. This is however, a unique time for all other 30 teams in the National Football League. As most of you are aware, the game of football is all about copycats. When a team has success with anything deemed to be new, the other coaches around the league immediately take notice. Therefore, I think there are some things to take from the Chiefs and 49ers going forward. San Francisco has once again proven that you don’t need a number one running back anymore. This isn’t to say that having a primary back is bad but it’s clear you can be successful with numerous and not highly paid guys running the ball. There’s an argument to be made that Kansas City has done the same with it’s backs but that’s not where I’m going to focus. Instead, I think the thing to take from them offensively is motion and movement in general. They constantly have guys moving to the point where it almost looks like the CFL. Ironically, the Steelers have new Quarterbacks’ Coach Matt Canada who is known for utilizing motion. I still don’t know what the intention is for using Canada but the other thing that helps is having athletes like the Chiefs have. That’s always the problem with copycating other teams. The idea may be there but the personnel is pretty important too.

This Week in NFL History

The Steelers captured Super Bowl X 21-17 over the Dallas Cowboys and then in Super Bowl XIII they again defeated the Cowboys on the strength of four Terry Bradshaw touchdown passes. They won 35-31 in Miami. I mention this because it’s pretty damn awesome but I have another reason. The Chiefs are returning to the Super Bowl for the first time in FIFTY years. Can you imagine waiting that long??? I will never take for granted what the Black and Gold have accomplished in the last fifty seasons and you shouldn’t either.

Tweet of the Day… Whoa. I forgot he was on the cover. Good point!

So if Mahomes wins the Super Bowl, then the Madden Curse is not real.

I’m not sure why former Pitt star and future Hall of Fame cornerback Darrelle Revis felt it necessary to smack talk Richard Sherman on social media during the game last night. Revis was a fantastic man-to-man cornerback during his playing days while Sherman has largely been used in zone situations especially Cover 3. Comparing these two great players is like comparing Earl Campbell and Barry Sanders. Both were unbelievable running backs but they both couldn’t have been any more different in how they operated. Perhaps Revis doesn’t like Sherman. Maybe Revis is struggling with no longer being in the spotlight. All I know is that Sherman rehabbed from a torn Achilles’ and is back in the Super Bowl. I don’t see a reason to go after him though as Revis did.

This time of year is always interesting. Some players who are no longer playing in the season will disappear into vacations, family time or preparation for next year. The Steelers’ Vince Williams probably does all three of those things but he also puts a lot on social media. We can talk and hash out what we think of Williams as a linebacker for the Steelers all we want to but I find him refreshing and often times honest about how badly he wants to get to a Super Bowl. The guy realizes how short these careers are. Say what you will for him but the guy has as much passion as any player I’ve seen in recent years.

The educator in me would be remiss if I didn’t mention the significance of today. Today isn’t a day for our opinions on civil rights or social injustices. It’s a day to recognize a person who means an awful lot to so many of the players we root for and many, many others for simply wanting to be treated fairly. 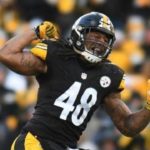 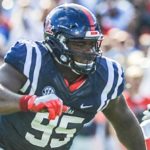