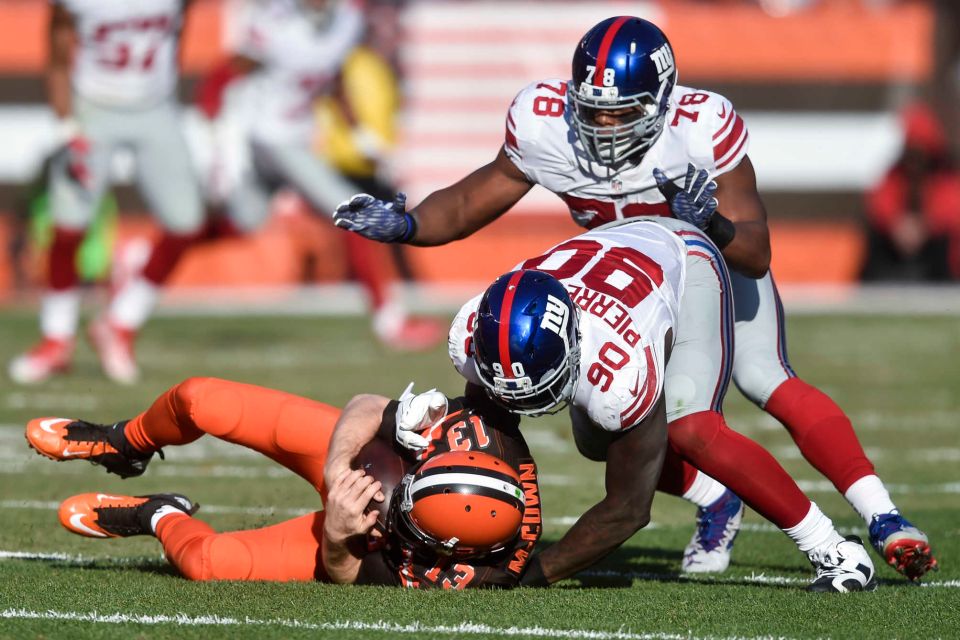 For all the talk of the playmakers on the New York Giants’ offense, the defense has actually been doing pretty darn good job. While their overall rankings aren’t eye-popping, when you dig deeper you find reasons for the their success. The Pittsburgh Steelers have played five of the NFL’s best defenses in terms of fewest points allowed per game. The Giants will be the sixth. Every one of those teams is allowing under 20 points per game.

The first thing Todd Haley must do is account for the very middle of the Giants’ defense. Damon Harrison is having a tremendous year. The 350-pounder can move people and has been a force to reckon with all the season. With Jason Pierre-Paul next to him, the Steelers will have to find ways to neutralize them.

That often means running right at them but in this case, I believe Haley will attempt to get the Giants’ defense moving side-to-side with off tackle runs and short throws to the outside. The linebacking corps is nice but not overwhelming and if Le’Veon Bell can get to the second level then I think he can find success.

As much as the running game has been successful in recent weeks, I’m putting the ball in the hands of Ben Roethlisberger out of the gate on Sunday. Giants’ cornerbacks’ Dominique Rodgers-Cromartie and Janoris Jenkins are good, NFL corners but they are not infallible. Combined, they have four interceptions which is one less than safety Landon Collins who has become a real ball hawk in the New York secondary.

As bad as the Giants are on third down (they rank 31st in third down stop percentage) they are making quarterbacks struggle. They are third in the NFL in QB completion percentage. QBs are completing just 58.6% of their passes. Keep in mind however, they’ve faced two rookie quarterbacks and Cleveland so the numbers may have been skewed especially recently.

I believe there will be two major factors that will benefit the Steelers this week however. I think Le’Veon Bell out of the backfield will be a difficult match-up for New York and I feel like Ladarius Green is ready to bust out a bit as well. Antonio Brown will get his, but I think both of those guys will be huge for the success of Big Ben on Sunday.

Nothing I mentioned above however will matter if the offensive line can’t continue to play well. They are on pace to allow just 20 sacks this season which would be an incredible number for this unit. If they struggle, it won’t matter what Bell, Brown and company are doing so pay close attention to the war in the trenches this weekend.