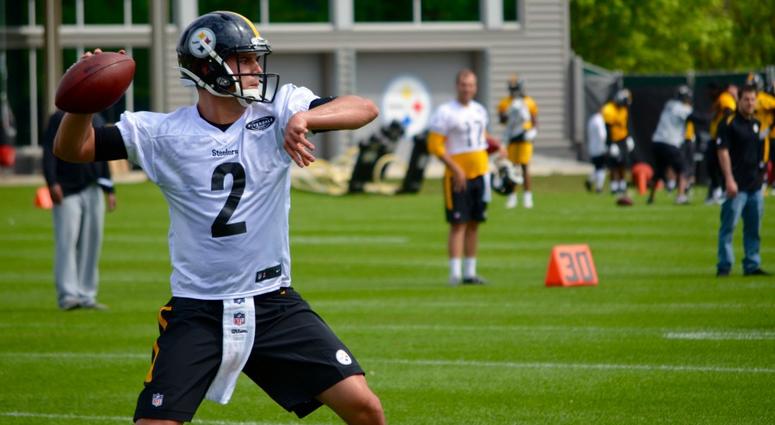 No team in the National Football League enters a season infallible. In the era of free agency, all teams have at least a few question marks heading into the year and the Pittsburgh Steelers are no different. I’m taking a look at some of the key issues facing the Black and Gold as the push for ‘number seven’ continues.

How Does the Back-up Quarterback Situation Turn Out?

Ben Roethlisberger is in his 15th season. His abilities and skills appear to be just fine but as we’ve learned as recently as last year’s NFL playoffs, a back-up quarterback is incredibly important to a team’s success. Landry Jones has held down this position the last few seasons but in the two most recent drafts the Steelers have selected quarterbacks. While most rational thinking folks never saw Josh Dobbs as Big Ben’s successor, the same can’t be said for this year’s third round pick Mason Rudolph.

It is extremely unlikely the Steelers will keep four quarterbacks and going with a rookie as your back-up is not always a wise move. That said, if Rudolph comes into Camp and displays the necessary mental and physical traits then perhaps Jones becomes expendable. Right now however, I believe Jones retains his #2 spot, Rudolph the #3 spot and Dobbs is either released or ends up on the practice squad.

Who Becomes the All-Important ‘Swing Tackle?’

Chris Hubbard is in Cleveland and he deserved every penny he received in free agency because he was a great teammate and did an excellent job as the Steelers’ swing tackle.’ This role has taken on more responsibility in recent years under Todd Haley because the Steelers just don’t have a tight end that can block as well as needed in heavy sets. With Hubbard and Haley gone, it appeared that Jerald Hawkins was in line for the position.

Hawkins unfortunately went down in OTAs with a season-ending leg injury and all eyes have turned to rookie Chukwuma Okorafor from Western Michigan. Offensive line coach Mike Munchak has done an amazing job with this group but if he can get Okorafor prepared enough to serve this role then he truly may be a miracle worker. In the short term, guys like Matt Feiler and newly signed Bryce Harris could be in line for the role.

How Does the Safety Position Shake Out?

Mike Mitchell is gone. Rob Golden is gone too. Sean Davis heads into a really important third season and is out to prove he was worthy of his second round selection. New on the scene are Morgan Burnett, a sure-tackling, smart, box-type safety and rookies Terrell Edmunds and Marcus Allen. With the Steelers in specialty defenses nearly two-thirds of the time, it’s possible we see three of these guys on the field at the same time.

It’s anticipated that Davis will move back to free safety allowing him to use his athleticism more than in recent years when he’s played closer to the line of scrimmage. As a free agent, Burnett was signed with the intention of being on the field. As a first round pick, Edmunds is expected to be on the field a well. Early on I expect to see Burnett on the field in a variety of ways from a dime linebacker spot to a traditional strong safety position. Edmunds (who has yet to sign as of this writing) must prove he can handle the knowledge and communication in order to get the playing time he anticipates. I expect Allen to be primarily a special teams’ player this season.

Keep in mind there are a couple of wild-cards here in Cam Sutton and Brian Allen. While both could be at corner, the possibility exists that each could see an opportunity at saftey.

Who Plays in Place of Ryan Shazier?

You’ll notice I didn’t say anything about “replacing” Ryan Shazier because there’s no one on this roster that is going to do that. Jon Bostic was brought in because he’s known to be a good player, vocal leader and is really solid against the run. His ability to cover the pass however is average at best.

What’s been really eye-opening this offseason is how much the Steelers believe Tyler Matakevich can fill Shazier’s shoes next to Vince Williams. I believe that is due in part to Matakevich’s football I.Q. and simply because they feel he deserves a shot. Personally, I’m not seeing it. He’s coming off of major shoulder surgery and struggled at times when he was on the field at linebacker last season.

One name to keep in mind is Matthew Thomas, a rookie free agent from Florida State. He has a ton of ability but has numerous question marks as well which is why he wasn’t drafted. He’s either going to flash brightly in Camp or he’ll simply burn out and be just another guy. Still, I expect Bostic to get this job as the season starts. From there, it’s anyone’s guess.

As I stated, every team, even the Steelers, head into the season with questions. The teams that can answer those questions with conviction and confidence are the ones that become successful. The Steelers have every intention of being one of them.