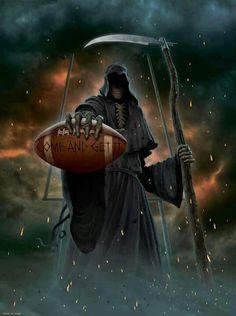 The Steelers have to release 19 players after trading Brad Wing to the NY Giants for a conditional 7th round draft pick and Le’veon Bell & Martavis Bryant going on the Reserve/Suspended List. I’ll update this throughout the course of the day.

According to a report by Chris Adamski of the Pittsburgh Tribune-Review and a subsequent congratulating tweet by Robert Golden, Roosevelt Nix has made the team as a FB/STs player. Probably due to his “teams” value.

According to a report by ESPN’s Jeremy Fowler, Tyler Murphy is expected to make the 53 man roster as a WR. Aaron Wilson is also reporting that Murphy has made the team.
Based on what I’ve been told about Murphy, he is never going to be an NFL QB. Not even as a #3. So no, before anyone asks, I don’t expect him to be the magical WR/QB that eliminates the need for a Landry Jones. I like the way you think though.

Anthony Chickillo’s girlfriend posted congratulations to him on making the team on Instagram. Sounds like he made it.

Players moved from the roster:

Jeremy Fowler reports that BW Webb was released. This makes me smile, but confuses me. Why was Fogg also cut? To make room for Roosevelt Nix. I don’t see the former DT turned FB running downfield on kicks.

According to another Jeremy Fowler report, Kevin Palmer’s knee injury last night was very serious. He tore his ACL and MCL and is headed for IR. He’ll likely get an injury settlement with the next 5 days and be released.

The Steelers have released NT Mike Thornton according to ESPN’s Jeremy Fowler.

Adam Caplan reports that L.J. Fort was released but is expected to be asked to return on the practice squad. Fort is the player the Steelers hoped they were getting when they drafted Jordan Zumwalt.

The Steelers have released CB Kevin Fogg according to ESPN’s Jeremy Fowler.

The Steelers have released OLB Howard Jones according to ESPN’s Jeremy Fowler.

The Steelers have released WR Shakim Phillips according to ESPN’s Jeremy Fowler.

According to the Steelers website, the trade to the Giants for P Brad Wing involves a conditional 7th round draft choice.

A source tells SCB that RB Jawon Chisholm has been released. No real surprise here. Doubtful that he is even invited to stay on the practice squad. 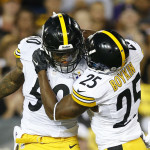