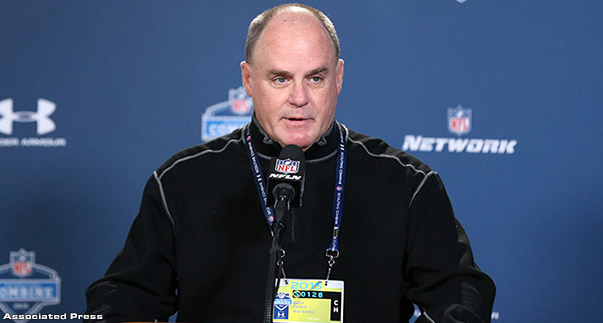 The first step that any of us need to take on the road to redemption is to just admit that we screwed up. It’s tough, don’t get me wrong, to fess up to one’s transgressions but the longer you go without doing it the more difficult it becomes to do so.

The poster-child for this is Pittsburgh Steelers’ General Manager Kevin Colbert.

Colbert’s inability to admit, or to make moves that admit many of his drafts and free agent signings have failed, is hurting the team. Look no further than the roster that will be revealed today.

In an effort to be fair, Colbert has found plenty of gems in the NFL Draft and free agency such as Antonio Brown, Kelvin Beachum and Ryan Clark, but this is a “What have you done for me lately” business and his business hasn’t been good.

Already, four of nine players from the 2014 Draft are gone. More than half of the Steelers’ 2012 Draft has left town and the 2011 Draft has just three players remaining. Those numbers might even run with the league average of players who remain and leave from certain draft classes but there’s a larger problem.

The guys in the top four rounds of the draft, where your foundation-building players are meant to be selected, has been ugly.

Dri Archer will make this roster for example yet he has proven unable to be an effective player. The jury is still out on Jarvis Jones but they are getting ready to come back with a very negative verdict should he do little this season. This year’s top selection Bud Dupree may end up being a Hall of Fame player for all I know but when his most news-worthy event is a temper tantrum I have my doubts.

Even Ryan Shazier, of whom so much is expected this year, is still a question mark. Can he stay healthy? Can he consistently make plays? Both are fair questions.

I probably could have built this entire article around Landry Jones but I don’t think any of us need a refresher on that do we?

The guy drafted four spots ahead of Jones may be the biggest question mark of all though. Shamarko Thomas is supposed to be the heir apparent to Steelers’ future Hall of Famer Troy Polamalu but he has done nothing to make any of us think he’s capable of being stable at the position.

The guy next to him, Mike Mitchell, has to this point been a failure. Mitchell claims he played hurt all of last season and he may well have but that only makes his performance this year that much more important.

One of Colbert’s biggest gaffes recently was the decision to put defensive end Josh Mauro on the practice squad last year. He was quickly scooped up by the Arizona Cardinals and went on to play in five games and start two of them. Not exactly impressive stats right?

Actually, they are because the Steelers are desperate for defensive line help. One source told me the Steelers are actually hoping Mauro gets cut by the Cardinals because they would take him back in a heartbeat. But wouldn’t this move be an admission of a screw up by Colbert? Uh-oh.

Speaking of the Steelers’ defensive line, isn’t it fair to question why Colbert and Mike Tomlin chose to move Anthony Chickillo to outside linebacker? Wouldn’t he have been a perfect fit at his more normal defensive end position right now when you factor in how many four-man fronts the Steelers have been using?

Instead, Chickillo will be a special teams’ player only at nearly 40 lbs lighter than he should be.

The real problem with all of this is that Colbert refuses to acknowledge his poor decisions have come home to roost. The depth on this team is weaker than any time in recent memory and it all stems from Colbert’s stubborn attitude.

Landry Jones will occupy yet another roster spot that should go to a more deserving player and so will Dri Archer. I thought Kevin Fogg had done more than enough to deserve a roster spot yet he’s already been released. Why? Probably because he’s more expendable then fourth round pick Doran Grant who if he as cut would be an admitted failure.

Being an NFL General Manager is thankless. It really is. I praised the front office earlier this week when they were able to move Brad Wing to the Giants for a late-round pick. It helped replace the pick lost when they traded for kicker Josh Scobee.

That’s small consolation though for where the Steelers find themselves today. If Colbert would just admit that some of his moves have failed by releasing guys and signing more productive ones, the Steelers would be better off. That’s not going to happen though.

Taking that all-important first step towards admitting you have a problem is tough but having Landry Jones and Dri Archer on the roster is far more important than actually having players that can contribute right Kevin? 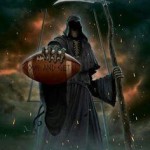 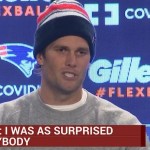 Why Are Steelers Fans Investing Energy Into Tom Brady?

Don’t make more of a camp practice fight than need be. It was just Dupree’s turn. He was reacting to vets telling him that he needed to learn his place. It happens every year in camp and will again.

In point of fact, one of the scrappiest little SOBs on the team is Antonio Brown.

Again, not my point. Camp fights happen all the time. I used the reference to cite the fact it was Dupree’s biggest moment.

My point was that if that’s all we can remember from Dupree’s rookie camp then I’m concerned.

I agree with many of your points. And you Didn’t even mention Ziggy Hood. Dri Archer is a great liitle athlete but just too small for the NFL. J.JONES is too slow , weak with poor instincts, Landry is just wasting time, and as you said you could go on and on. My thoughts are what is our scouting department seeing in these guys. Then changing to a cover 2 scheme when we don’t have the personnel to run it also is a cause for concern. I just hope the offense can chew up some clock and finish drives

ZiggyHood wasn’t a bust Bob, He played started right away and payed a ton of snaps on a #1 defense against the run. He stats went up EVERY year since he joined the team until he became a partial player his last year.

Let me ask you this. Did the defense get better or worse since hes been gone? Cmon, you know the answer.

If he was any good he would still be here, He was not worthy of a first round selection.[ example see Cam Heyward ]

all good points (i think dupree will be ok at least). however the worst mistake was the failure to even offer a contract to k.lewis when he sat on the market for 2 weeks going unsigned and eventually signing for what now is something like the 31st highest paid cb was devastating IMO. k.lewis played that entire season (2012) basically taking over taylor as the cb that covered the opposing team’s best wr. Add to that a pass rush that was non-existent and his performance was fantastic. then, as an impending UFA, he played injured in the final regular season game against clev. that meant nothing and played great again. wallace, in the same situation sat out. the steelers signed w. gay almost immediately which would have been fine but shouldnt have precluded them from eventually offering a contract to lewis once they realized they misjudged the market on him. some of the other wastes they signed that year: gradkowski, LHS, felix jones, guy whimper. then as an over reaction to the lewis mistake they threw a ton of money at c. allen who had half a decent season and now look at the situation. k.lewis was a softball lob of a player personnel decision and one that i said at the time would be more devastating than anyone realized at the time.

also have no issue with the shazier pick. both dupree and shazier we know have the speed/size/athleticism to be worthy of a first round pick. jjones ran a 4.92 or 4.93, benched 19 reps (same as archer) and his vertical was 30″. and he posted the same numbers at HIS (georgia’s) pro day as he did the combine. oh and he also had a mild case of stenosis which IMO made the pick in the first round riskier esp if u are worried about his ability to hit the weights to become more like suggs, james harrison..

Whats up my brother Malsor ? Looks like we have another up hill battle.ive been fired up all year and it seems like the ships coming unraveled..take it easy brother

Uhhh you forgot to mention Leveon Bell and Maurkice Pouncey.. Just even leaving Bell out of that article is a disservice to the man…lol you can’t make an article like this and completely leave off his best draft pick durrrr

Why would I mention Bell or Pouncey in an article about the GM’s failures? Durrrrrrrrrrrr

Yes, Colbert and company have had wonderful success and total misses…like everyone else. But the point of this article is spot-on. They clearly refuse to admit their mistakes and misses until their chronic impact weakens the team. The situation at safety is a perfect example, ditto re QB Jones, OL depth, OLB depth, and possibly ROLB if Jarvis Jones fizzles. Mistakes can only be undone by admitting them and moving on–otherwise they eventually lead to losses.