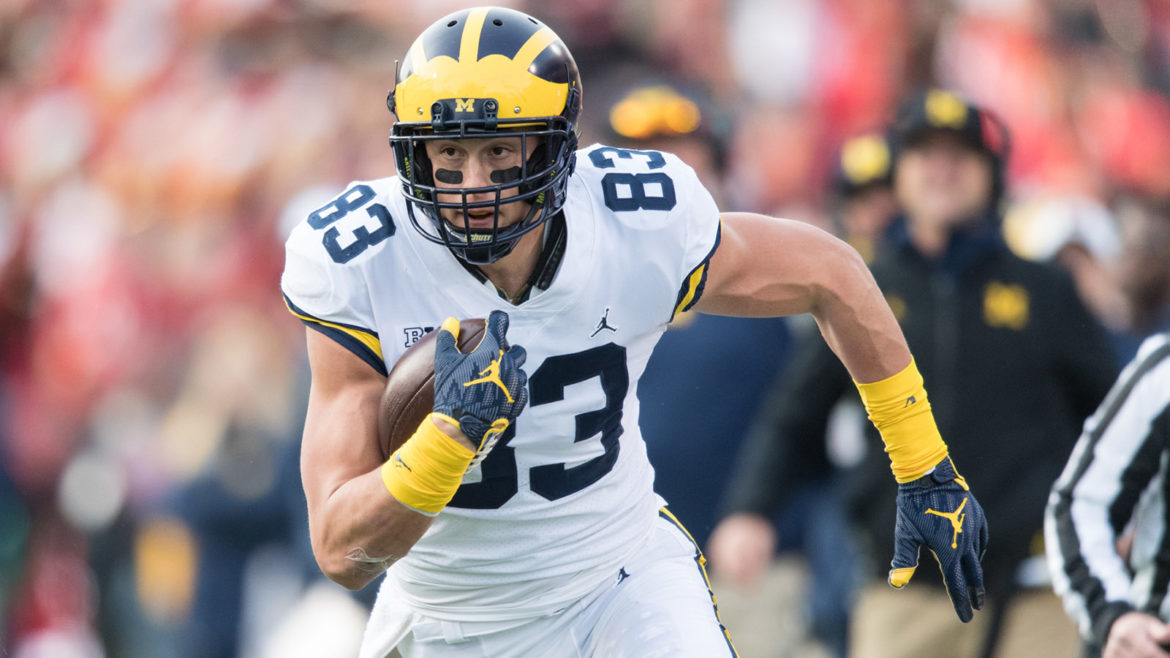 One of the worst kept secrets about the Pittsburgh Steelers’ Draft needs was that they desperately needed to add depth to their tight end position. With only Vance McDonald and Xavier Grimble on the roster, a quality tight end who could potentially play right away was darn near a must. The Steelers did eventually find a tight end but I’m struggling with the guy they chose.

What struck me almost immediately was that the selection of Michigan’s Zach Gentry appeared to be an overwhelming effort to replace Jesse James who departed in free agency to Detroit. At 6’8″ tall, Gentry is two inches taller than James but to be honest, the comparisons end there.

The former four-star quarterback does not posses the type of hands you need or want from a tight end at this level. “Maybe they’re just going to use him as a blocking tight end,” you say. Well, his blocking isn’t much better. While he has shown some potential as a blocker when on the move so as to lead for a runner, his in-line blocking is worrisome.

He lacks the strength of James who came out of Penn State as one of the stronger guys to ever play for the Nittany Lions. He excelled in the dead lift and bench press (26 reps at 225lbs) and had a ridiculously good vertical jump (37.5″). By contrast, Gentry put up just 12 reps on the bench and had a vertical leap of 29.5.”

It may very well be the Steelers’ approach to give Gentry time to get stronger and improve both through coaching and training and that’s fine. But that’s only “fine” in my book if you already have solid depth at the position. McDonald’s ability speaks for itself; he’s a runaway dump truck taking other cars for a ride as he picks up speed down the street. He does have some injury concerns though. And then there’s Grimble who has shown some athleticism yet I’ll never be able to get the image of him coughing up the football in Denver at the goal line last year.

With all this in mind, I do not understand why Kevin Colbert passed on a guy like Foster Moreau from LSU. While he was already gone by the time Gentry was selected I felt the demand for him was greater than it was for Benny Snell and I mean no disrespect to Snell. Moreau was a durable tight end who blocked well in-line or on the move and was a much more respectable receiver of the football.

While each and every draft features ‘what-ifs’ like this I can’t seem to get past this one. I have every confidence now that the Steelers will be bringing in a veteran tight end at some point to bolster the position behind McDonald. Grimble is at best a number three and Gentry will not be ready in my opinion.

I hope I’m proven wrong and I hope Gentry goes on to be a long-term solution to the Steelers’ tight end depth problem but I just don’t see it.

Developmental pick I must agree but don’t give on Grimble just yet, the best is yet to come.