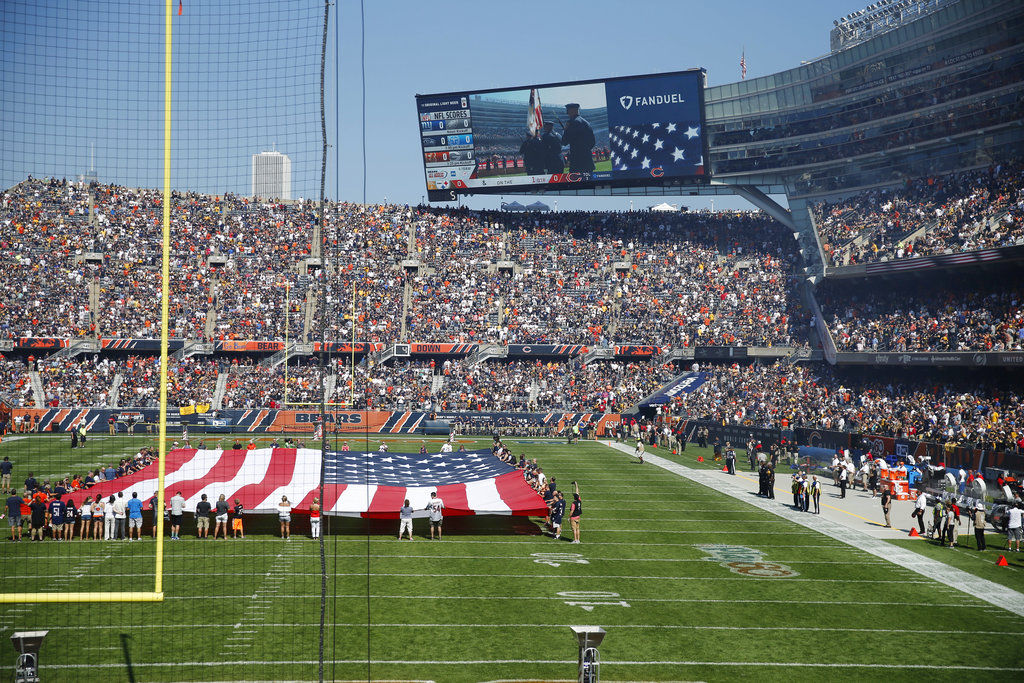 It had all the makings of a game the Pittsburgh Steelers normally lose and the Black and Gold didn’t disappoint. After starting 2-0 and facing an 0-2 Chicago Bears’ team, the Steelers picked up their first loss 23-17 in overtime. Soldier Field is now the Steelers’ latest house of horrors as they fell to 1-12 their all-time.

In a game that featured questionable officiating, numerous injuries and a bizarre end to the first half, the Steelers were often their own worst enemy. Antonio Brown (10 receptions for 110 yards and a touchdown) looked like himself with a big game but many usual suspects appeared.

The defense had its worst performance of the season in terms of tackling. There were misses, poor angles and just guys out of place period. Anthony Chickillo and Bud Dupree struggle on the edges which led to to big runs around the corners.

The offense never got in sync. Ben Roethlisberger started slowly, picked up the pace but struggled to get into position for the win. Le’Veon Bell showed flashes of his old self but still just doesn’t seem to have the first step we are used to seeing.  The offensive line was already without Marcus Gilbert and then lost Ramon Foster to a wrist or forearm injury. B.J. Finney entered in his stead. Jesse James and Sean Davis were also hurt during the course of the game.

The overall story of this game was the inconsistency of the offense paired with a powerful Bears’ running game that may have finally exposed this defense. The run D has been something we’ve feared throughout the preseason and today it showed.

The most bizarre play of the game came as the first half ended. Chris Boswell’s field goal attempt was blocked and the Bears’ Marcus Cooper had an easy touchdown on the return. The problem was he stopped short of the goal line to celebrate and was hit by the hustling Vance McDonald. The ball was batted out of the end zone by Jordan Berry and it was decided the Bears would get the ball at the point of the fumble which was the 1/2 yard line. After a false start penalty the Bears kicked a field goal for the 17-7 halftime lead.

The Steelers would eventually pull within three on a Bell TD run. But when they had a chance to take the lead with great field position following a J.J. Wilcox interception, they faltered. Boswell kicked the field goal and with neither team being able to score it was on to overtime.

The Bears took advantage of the exhausted Steelers’ D and Jordan Howard ran it in for the win. Ben Roethlisberger (22 of 39 for 235 yards and a TD) and company would never set foot on the field in overtime.

One has to wonder about the mindset of the Steelers. Knowing next week’s opponent Baltimore had already lost, did that play into it? Was the distraction of the National Anthem protests a distraction? Or was it just the “same old Steelers on the road” again?

This team is far too talented for these types of performances but I fear they will continue. Chicago deserves credit. Their backs were to the wall and they came out swinging with a simple yet effective gameplan. Pittsburgh now heads to Baltimore where the Ravens will be salty. But so too should the Steelers be after today. One thing is for certain; this team isn’t close to playing like it’s capable of and I’m not sure when that will happen. 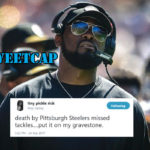 This appears to be a different offense with no imagination. Ben is off and there is no timing on anything. The plays on offense are so basic if i didn’t see the Bears i would have said the most basic.There’s sand in the gears and this machine needs a clean-up. And on defense they simply wore us down. And they did it with some very average players.

I agree Bob. Clearly there is a disconnect right now on offense. I wonder if Ben is trying too hard to get everyone the ball. He forced a lot to Bryant yesterday in double coverage. The no-back sets are fine if Ben can go to his first or second option but if not he’s toast. OL not getting it done either.