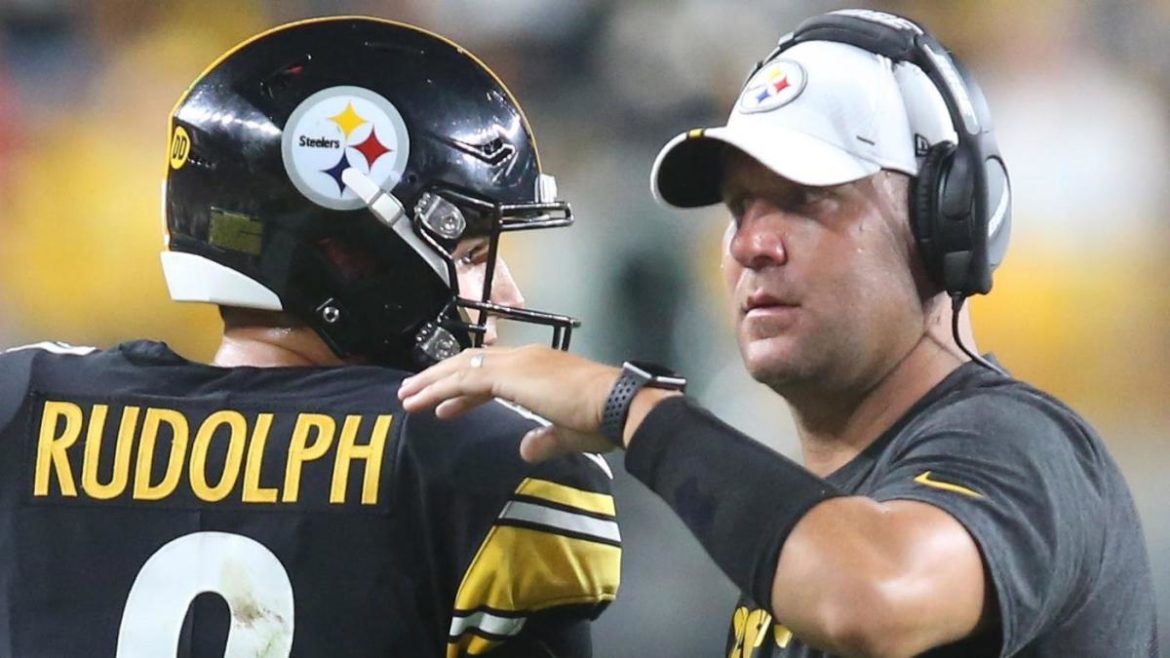 The comparisons are only natural. Just as Bubby Brister was compared to another Steelers’ quarterback from Louisiana named Terry Bradshaw, the comparisons between Mason Rudolph and Ben Roethlisberger were only natural and have now begun to hit fever pitch. Who am I to deny you such an opportunity?

Take a Look at the Numbers

Pittsburgh Steelers’ quarterback Mason Rudolph has now played in six games in 2019. He started five of those games and also missed one with a concussion. He is 3-2 as a starting quarterback and has thrown 10 touchdown passes to four interceptions. He is completing 66.1% of his passes for 1,088 yards.

Like Rudolph, Pittsburgh Steelers’ ‘usual’ quarterback Ben Roethlisberger took over during the second game of the season. Big Ben was a rookie and Rudolph is currently a second year player. In his first five plus games he was 5-0 as a starter after taking over during the team’s only regular season loss at Baltimore. During those five plus games, Roethlisberger threw nine touchdown passes to four interceptions. He completed 69.6% of his passes for 1,106 yards.

Four of Rudolph’s five starts have come at home in Heinz Field whereas Roethlisberger’s starts were two on the road and three at home. Overall the comparisons between the two players are not identical but they are quite similar.

Where are the Differences?

The National Football League in 2019 is not what it was in 2004. While the league was definitely making strides to being a ‘pass-first’ league, the fact is that it wasn’t there yet. The average numbers of running plays per game dropped from 28 to 26 in 2004 and the average yards gained per game per team in 2004 was five yards more than today (116 to 111). For comparison, the Steelers of the 1970’s averaged around 35 runs per game. Another way of looking it is that in 2004 there were over 14,000 rushing attempts by NFL teams. In 2018, that number dropped by 1,200 carries. In other words, the league today is different than when Roethlisberger made his first starts.

We must also consider the defenses too. In 2004, the Steelers’ D led the NFL in both total yards and passing yards. While the current Pittsburgh defense is on track to be a very good one, it is unlikely they’ll be able to reach those lofty heights of 15 years prior. Great defenses make a huge difference for any offense. Just ask Trent Dilfer.

As I alluded to earlier though the running game matters. The 2004 Steelers saw Jerome Bettis and Duce Staley combine for over 1,700 yards (106 per game) and 14 touchdowns. Right now, the Steelers’ leading two rushers are James Conner and Benny Snell who’ve combined for 498 yards through eight games. That’s an average of just over 62 yards per game. That is a massive difference and absolutely affects the performance of the respective quarterback.

This comparison isn’t about which guy was better, is better or who will ultimately be better. It’s looking at how the game has changed in 15 years and how a defense, a running game and opponent strength can all factor into the evaluation. It cannot be argued either that the extra year Rudolph had in learning the offense is a solid advantage.

Mason Rudolph has done well in his five starts plus but he knows as well as we do that there is much work to be done. Ben Roethlisberger knew as much after his five plus starts too. In other words, let’s stop with the comparisons of the two. The overall body of work just isn’t there yet and might not ever be.

Totally disagree with your lack of courage. One knew Ben was the goods from the beginning even though we knew he would get better with experience
That feeling isn’t there with Mason..sorry, just not the same.