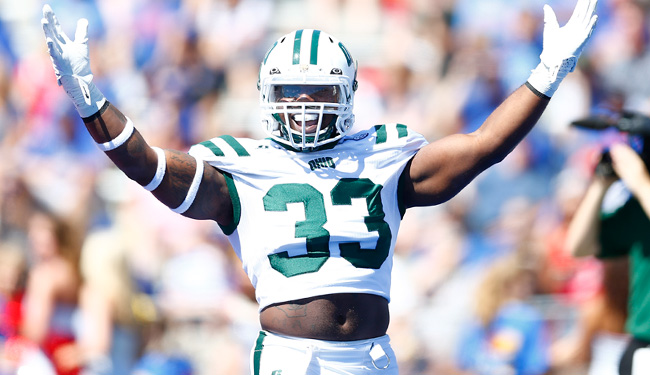 In time, we will all want to go back and see who we would have drafted in place of who Pittsburgh drafted and wonder if we were right or if the Steelers nailed the pick. I’ll be conducting that exercise today with a 2017 Steelers Re-Draft. I will draft for the Steelers at each of their selections based on who was available in the real 2017 NFL Draft. Here we go.

Round 1, Pick 30: Budda Baker, Safety, Washington – Baker solves the slot conundrum and will be the eventual successor to Mike Mitchell at free safety. Even though Baker is undersized, he has an unteachable trait that is vital: he has that dog inside of him, that honey badger. He doesn’t let his size undermine is will, abilities or talent. He is a pure 110% effort guy who you want on the field and will create turnovers.

Round 2, Pick 62: Jordan Willis, EDGE Rusher, Kansas State – I would have been happy with Willis at 30, but he falls to the Black and Gold here. The Steelers need a pass rusher and Willis is an athlete who can also drop in coverage and play the run. He is also a high character guy and there is not much that can be asked of Willis that he cannot do.

Round 3, Pick: Cordrea Tankersley, Cornerback, Clemson – The Steelers get a cornerback with size and a ton of experience. I think he could start week one for the Steelers ahead of Ross Cockrell. Tankersley can play press man and can stick to receivers really well. Tackling is an issue, but Cockrell has the same problem.

Round 3, Pick 105 (comp): Samaje Perine, Running Back, Oklahoma – This is the running back I would have selected here. I like James Conner, but I believe Perine is an every down back and can carry a true workload if needed. The value here for Perine is great and I think he would have supplemented Le’Veon Bell extremely well.

Round 4, Pick 135: Blair Brown, Linebacker, Ohio – I am a believer that Vince Williams can play well as the team’s starting inside linebacker. The problem with this is he struggles in coverage which was proved a liability in 2016. Brown provides needed depth and can play either inside linebacker spots. I think he would make the team and play special teams until Williams proves or disproves his right to start.

Round 5, Pick 173: Bucky Hodges, Tight End, Virginia Tech – I was and am a huge fan of the Brian Allen selection, but I already selected my outside cornerback. Hodges was more of a wide receiver at Virginia Tech, but has the size and toughness to play tight end. He is a bit raw and has high upside. His length makes him an idea red-zone threat. Hodges is the type of tight end the Steelers are starting to like and incorporate.

Round 6, Pick 213: Noah Brown, Wide Receiver, Ohio State – A very young receiver who has reliable hands and is a tenacious run blocker. How Richard Mann develops wide receivers, this pick could have been a slam dunk.

Round 7, Pick 248: Keion Adams, EDGE Rusher, Western Michigan – I loved this pick for the Steelers, so I am keeping it. I think Adams’ athleticism and work ethic will cause him to push hard and challenge for a spot on the roster. If not on the roster, he makes a perfect practice squad candidate.

Agree? Disagree? Let me know in the comments. 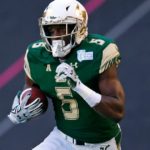