Former Steeler offensive lineman Willie Colon shared some ‘somewhat’ interesting news this week. Colon said that his friend and former teammate Ben Roethlisberger “seriously” considered retirement following the loss in the AFC Title Game. You’ll forgive me if I’m not surprised by this. Now 35, Big Ben has dealt with one injury after another throughout his career and with three small kids I can see him saying, “I’ve had enough.” While his departure from the game is closer than any of us want, I do hope he can go out on his own terms.

There was a bit of a shake-up at Steelers Nation Radio yesterday and I’m going to go ahead and assume more changes are coming. Maybe not to SNR in particular but sounds like the Steelers have decided to put their foot down on some things. I’ll leave it at that.

There was a report that Vontaze Burfict was named team captain of the Bengals. If that’s accurate, it’s yet another reason why Marvin Lewis and the Bengals just don’t get it do they?

Tweet of the Day… Da Beard with some WWE royalty.

Sounds like the NFL is going to allow teams to activate two players from Injured Reserve. Right now teams can designate one player to return. Last year the Steelers could have used this to activate Senquez Golson or Jerald Hawkins. I like this move by the league.

It’s hard not to root for Francis Kallon. He’s going to be fighting for a roster spot this year and while the odds are long, he’d be another great “character” addition.

Make sure you tune into the Steel City Blitz Podcast presented by 26shirts.com/Pittsburgh tomorrow night at 10pm. We’ll be hitting on a number of different topics that I guarantee you’ll be interested in.

Good luck to the Pens tonight in game three of the Eastern Conference Finals! 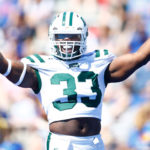