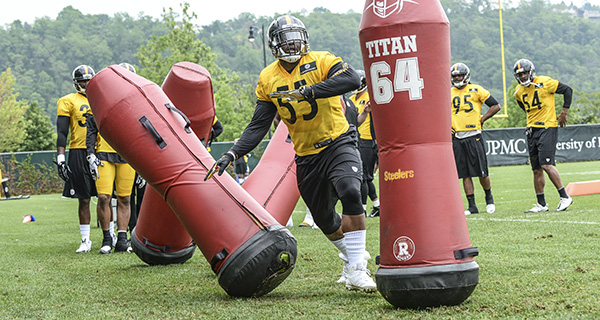 The Steelers re-signed Arthur Moats today to a three-year deal worth $7.5 million dollars according to Ed Bouchette of the Pittsburgh Post-Gazette. Moats coming back was very much expected.

He played in all 16 games (10 starts) last year and had four sacks. His presence was vital with just Jarvis Jones and Howard Jones on the active roster at the current time.

The biggest question among Steelers’ fans right now is who is the next free agent target?

I would have said any number of outside linebackers but they are being gobbled up quicker than I ever could have dreamed. The potentially positive part of that is that more rookie pass rushers could fall to the Steelers at pick 22 but do we really want to rely on another rookie OLB?

My gut feeling right now is that the Steelers will look for cornerback help first and then will address the OLB and defensive line position afterwards.

As I noted a couple of weeks ago, I still think James Harrison is in play especially if the Steelers have to go with a rookie pass rusher in the first round of the draft. He could be brought back late in training camp which gives the younger guys more reps and saves on his body.

Still, I feel like the Steelers are going to address the corner position before anything else but I’ve been wrong before so it wouldn’t be the first time. 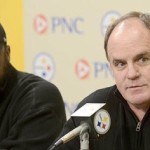 The Next Few Days Should Help Narrow the Steelers’ Draft Focus 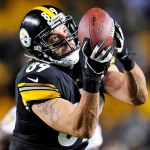