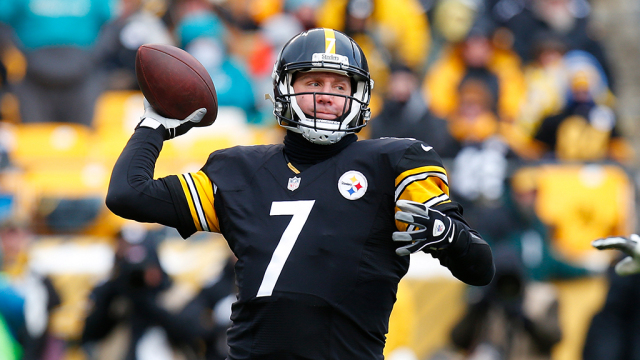 Bob Labriola did a piece on how Ben Roethlisberger has performed after a playoff bye. I like Bob’s work. It’s generally a level mixture of objectivity mixed with some optimism and occasional pessimism, but nothing too great in either direction.
I think he may have missed a couple of things when looking back to those games that readers may be thinking about and that may have some significance. I emphasize may.
Roethlisberger did not play the week before this 2017 season bye. So, lets go back and look at the previous times the Steelers have had a playoff bye during Roethlisberger’s career. We’ll look at the week 17 game prior to the bye, the playoff game after the bye and the game after to see if there was any change, positive or negative, from the first playoff game to the second.

Roethlisberger’s rookie year and maybe we should throw this out because he was so young, but here it is.
Week 17 Bill Cowher benched as many of his starters as he could vs the Bills and still won. They then had a bye and played the New York Jets in the divisional round. The starters had 2 weeks of rest, or 3 weeks between games, however you want to look at it.
Roethlisberger was not good versus the Jets by his own standards. 17 of 30 for 181 yards, 1 TD, 2 INTs and a passer rating of 57.8 in a win over the Jets.
– The next week vs the New England Patriots, Roethlisberger was 14 of 24 for 226 yards, 2 TDs, 3 INTs (including an ugly pick-6 by Rodney Harrison) and a rating of 78.1. Not a good game. But again, rookie QBs often find the playoff stage to be bigger than they had anticipated and falter. I don’t think this a valid reference point.

Mike Tomlin did not rest the starters for week 17 vs the Cleveland Browns. He planned on playing them for a half. Hines Ward described the plan well.
“We rested last year and it didn’t get us anywhere,” Ward said, describing how many starters were held out for the 2007 week 17 game versus Baltimore the week before a playoff loss to Jacksonville. “It’s our last dress rehearsal for two weeks. Sit all the guys out, now you’ve put us at three weeks (rest), and you get some rust.”
With approximately 2 minutes left in that first half versus the Browns, Roethlisberger was hit by Willie McGinest and D’Qwell Jackson after getting a pass off, laid on the turf for 15 minutes and had sustained a concussion. The hit they put on Roethlisberger there was a little cheap. The ball was gone, a 4 yard catch by Heath Miller. This scene my have played through Tomlin’s head as he decided to rest his stars for the week 17 finale this season. The thought potentially being that a divisional rival may want to hurt your players before you go into the playoffs when that division rival has nothing to lose.
The Steelers had a bye the week after and played the Chargers in the 2nd round. That gave Roethlisberger two weeks to rest before the game.
Roethlisberger was an efficient 17 of 26 for 181 yards, 1 TD, 0 INTs and a passer rating of 98.4 in 35-24 a win over the San Diego Chargers that was’t actually that close. The Chargers last TD was a garbage time score with 2 minutes left that brought them within 11.
– The following week versus the Baltimore Ravens, in what has to be the most physically brutal game I can recall ever watching, Roethlisberger was 16 of 33 for 255 yards, 1 TD, 0 INTs and a rating of 84.8. The Steelers were 7 of 18 on 3rd down. Not a great game, but the Ravens fielded a great defense that day. I believe that the 2008 Baltimore Ravens would have won Super Bowl 43 had they been able to get past the Steelers that year.

Once again, Tomlin did not rest the starters for week 17 vs the Browns. The Steelers and Ravens entered that week with the same 11-4 record. The Steelers needed a win over the Browns to win the AFC North and receive a bye. Roethlisberger also came into that week having thrown 136 passes without a pick, which at the time was the longest streak in the NFL. Tomlin may have wanted to maintain that momentum. The sequence of events that followed was curious though.
At halftime, the score was Steelers 31 Browns 3. No one expected Roethlisberger to come back out for the 3rd quarter. But, there he was at the beginning of the 3rd orchestrating a 13 play, 77 yard drive for anther touchdown that took 7:36 off the clock. Steelers 38 Browns 3, and Roethlisberger is finally sent to the bench.  The Steelers got the win they needed, but Tomlin was roundly criticized for leaving Roethlisberger in the game as long as he did, whether deserved or not.
The Steelers again had a bye and played the Ravens in the 2nd round of the playoffs
Roethlisberger was 19 of 32 for 226 yards, 2 TDs, 0 INTs and a passer rating of 101.8 in a 31-24 win that actually came down almost to the end. Rashard Mendenhall scored the go ahead TD with 1:39 left and the Ravens only having 1 timeout remaining.
Side note: Chris Kemoeatu did get one of his infamous unnecessary roughness penalties on that play. The ensuing kickoff was from the Steelers 15 and was returned to the Steelers 48. The defense bailed Kemoeatu out. The Ravens had a 4 play, -8 yard drive that took only 18 seconds off the clock after getting the ball with good field position.
– The following week, Roethlisberger was 10 of 19 for 133 yards, 0 TDs, 2 INTs and a rating of 35.5 and gave up a safety versus the New York Jets. Not a good outing, but it happened on a day where the Steelers went out 24-0 to start the game. Fortunately, a good day by Roethlisberger wasn’t necessary.

It’s difficult to say what to conclude based upon all of this. I won’t make comparisons to the times that Roethlisberger has come back from injuries. They aren’t relevant. He did not even practice during those injury layoffs, much less play. There are three instances where Roethlisberger’s Steelers had a playoff bye during his career and only one, his rookie year at that, was when he did not play prior to the bye week.
He has also played 14 seasons, including 20 playoff games. This will be his tenth trip to the playoffs. One would think he knows how to ready himself for a big game. My instinct is that he’ll be ready to play well. 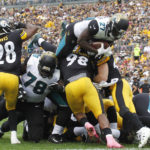