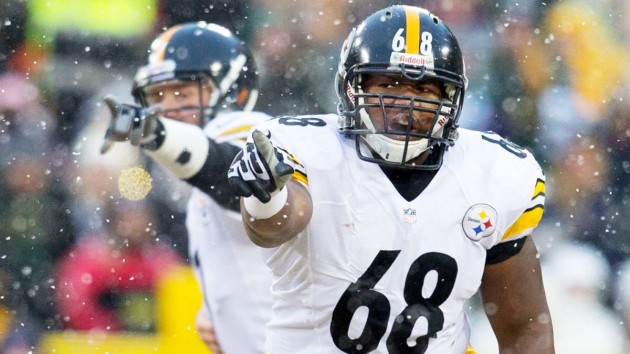 The Steelers have several players entering the last year of their current deal. We’ve heard word that Kelvin Beachum’s representatives, Relativity Sports and the Steelers are in contract negotiations. That would seem to be the only additional extension that may get done before the season starts. Let’s take a few minutes to look at Beachum and the other players as well.

Kelvin Beachum – Started 38 games over the last 3 years. The only viable option at left tackle. Those of you who know me are aware that having Beachum at LT is not my preference. I believe you should have a star guarding the backside of your $100 million QB and franchise player. However, there are no other candidates for the job on the Steelers roster today that would even be competent replacements. Further, going into next season with so much invested in the offense and the left tackle position unsettled would be foolish. The organization has to make an effort to extend Beachum’s deal. I wrote earlier this offseason that I thought it would take a $10 million per year average to keep Beachum. Even Sam Baker, the Falcons’ very average LT, had a deal that paid him $6.85 million APY. Beachum’s people believe he is significantly better. Some writers have tried to make the case that Beachum is a top 5 LT based on, of all things, PFF “ratings”; which is where the $10 million estimate comes from. If they pay him like Baker, I would be pretty content. If they pay him $10 million per year, like Trent Williams, I will probably have a meltdown.

Ramon Foster – Started 71 games over the last 6 years, including being a full time starter the past 4 seasons. A very average guard with no one behind him on the depth chart to challenge him. Ideally someone will step up and push Foster for his spot this year. The team needs an upgrade at starting LG as badly as any position on the team, aside from the 3rd DE.

Steve McLendon – Starter at NT the past two seasons. Not invaluable, but not expendable either until McCullers proves he can man the position full time.

William Gay – Starter at CB and the Steelers best CB the past two seasons. Some say that Gay’s performance declined last year and it may have slightly. He is miscast as a #1 CB. Should be a #2/#3, but is still the Steelers best CB. If justice is to be done here, Gay should get a big raise next year. However, the market for 31 year old CBs who have already hit their ceiling is not a very strong one. I hope the Steelers bring back Gay and recast his role. If Cortez Allen and Doran Grant turn out to be viable CBs this year, I have my doubts that they will make a strong attempt to keep him.

Sean Spence – Valuable backup with a handful of starts who will likely command more than the Steelers will be willing to pay their #4 ILB. Spence will also have greater opportunities should he leave Pittsburgh. Assuming that Shazier and Williams stay healthy, this is likely Spence’s last year in the B&G.

Brandon Boykin – Recent addition to the team via trade. (Something the Steelers should consider with Spence, in my opinion. Something in trade is better than nothing when he leaves next year.)  Boykin is playing on a 1 year RFA tender at $1.542 million this year. Not sure how he fits yet.

Bruce Gradkowski – Backup QB who is also not invaluable, but not expendable when considering the talent behind him. Steelers need to bring in someone to challenge for the #2 QB spot and also draft another in 2016.

Antwon Blake – Short, fast, deceptively strong CB, decent ball skills, coverage is not his forte, but very athletic and good in run support. Plays to his strengths. A good depth player on a team that needs CB depth. They should make an effort to bring this guy back.

Greg Warren – The $1 million long snapper. This guy has the best job on the team and keeps it each year because he’s good at it. He’ll sign another 1 year veteran qualifying deal again in 2016. It keeps his cap figure low.

Will Johnson – Steelers FB/TE the last 3 seasons. Another guy who is neither expendable, nor irreplaceable.  Closer to replaceable though.

Robert Golden – Steelers 4th safety and Special Teams captain whose performance slipped a bit in 2014. Golden is probably very close to his ceiling and is more replaceable than not. Gerod Holliman will likely challenge Golden for his roster spot in 2016 if Golden is brought back.

Will Allen – Steelers 3rd safety and Mike Tomlin’s favorite security blanket. A competent safety who has long past hit his ceiling. Very replaceable player should Shamarko Thomas shine in 2015.

Darius Heyward-Bey – It really would be nice if some young WR with upside knocked DHB off the roster. Based on early camp reports, 2015 is not the year that is going to happen. Expect him to be brought back on another vet qualifying one year deal in 2016.

Clifton Geathers – Meh. A guy on his eighth team in 6 years. My expectations are low. Not even sure he’s a Steeler come September, but I hope so because it will mean the departure of CFT.

Mike Adams – Craig Wolfley seems to believe that the “Mike Adams Reclamation Project” is coming along just swell. I have thought for the last two years that Adams’ problems are all rooted in not keeping his hips low enough and his confidence, which is obviously lacking. He reaches with his shoulders and arms rather than setting his hips square with the opponent. These traits should be fairly easy to coach him out of, but to date no one has managed to do so. I’m trying to see Wolfley’s point of view, but I don’t yet. I think this is Adams’ last year in the B&G. I guess we’ll see what 2015 brings.

The other free agents are all RFA / ERFA and can’t leave without the Steelers letting them. No point in worrying about them as of yet. 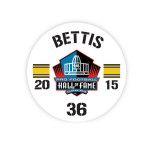 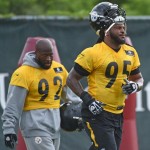 If every player on your list were to go would this team be any worse, Maybe. Beacham has earned his money and if Adams play were to equal Beacham’s he would have it already.Spence, Boykin and Blake are tier two and there play this year should determine if they stay. The others are easily replaceable.

[…] I don’t expect Sean Spence to come back. What he has done coming back from a catastrophic knee injury to be a spot starter at the NFL level is flat out amazing. But, he can get more money and greater opportunity on the open market than the Steelers can offer. Expect the team to draft another inside backer to compete in camp with L.J. Fort who they like a great deal. […]

[…] I don’t expect Sean Spence to come back. What he has done coming back from a catastrophic knee injury to be a spot starter at the NFL level is flat out amazing. But, he can get more money and greater opportunity on the open market than the Steelers can offer. Expect the team to draft another inside backer to compete in camp with L.J. Fort who they like a great deal. […]