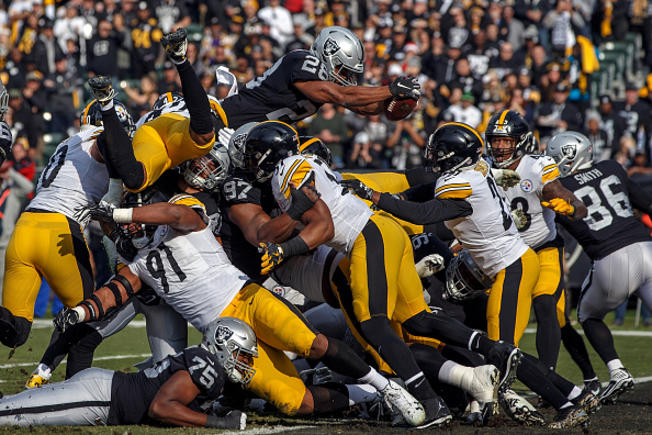 The Pittsburgh Steelers have dropped 3 games in a row against AFC West opponents and what was once a 2.5-game stranglehold atop the division has slipped to just a half-game lead over Baltimore. The Steelers of the last four weeks (including their slim victory over Jacksonville) look much the same as the Steelers that stumbled out of the gate to a 1-2-1 start and were on track to have the worst defense in team history. Those trends corrected themselves over a 6-game winning streak that included dominant performances over Atlanta, Cleveland, and Carolina.

By all statistical accounts, the Steelers are who we thought they would be – a team with an elite offense and mediocre defense. The team currently ranks 4th in the league in both total offense and points scored. On the defensive side of the ball, the team is not allowing as many yards (7th in total defense) as in prior years but ranks 16th in scoring defense. This middle-of-the-road scoring defense can primarily be attributed to the 19th-ranked red zone defense where teams are scoring 61% of the time.

Through 13 games the Steelers have a +61 scoring margin over their opponents with 367 points scored and 306 points allowed. This is the 10th best margin in the league. However, the Steelers biggest failures this season have come late in games when they have been unable to protect and preserve leads. The Steelers not only blew fourth quarter leads in the last three games, but also in the season-opener against Cleveland and they allowed the Bengals to tie the game before Antonio Brown’s heroics. The Steelers have been downright awful in the fourth quarter this season, and their inability to finish games has been one of the biggest differences between their 13-3 record last season and their 7-5-1 mark this year.

To put this in historical context, only 4 times since Chuck Noll took the helm in 1969 have the Steelers had a worse scoring differential in the fourth quarter. Noll’s first season in 1969 was the low point at a -63 margin. Since 1970 the Steelers have never had a fourth quarter scoring margin of worse than -40. The 1989 season (-33), 1998 season (-34), and 2009 season (-38) are the only other years that have been worse than 2018. Of course, with 3 games remaining on the schedule, including games against the Saints and Patriots who both rank in the Top 5 in the league in 4th quarter scoring margin, the 2018 number could get even worse.

Additionally, the 113 points the Steelers have given up in the 4th quarter this season already ranks as the 10th-most in franchise history. The worst season was once again the 1969 year where the Steelers gave up 142 4th quarter points, followed closely by 135 points in 2009. If the Steelers continue on their current trend of allowing about 9 points per game in the 4th quarter, they will surpass the 2009 team who allowed the most in a 16-game season. There are some similarities as that 2009 squad also got off to a slow start (1-2) then went on a winning streak (5 in a row) then a losing streak (5 losses in a row, including against Oakland and Cleveland).

The Losing Streak In Focus

On the season, the Steelers defense has been relatively consistent in allowing about 43% of third and fourth downs to be converted (either into first downs or touchdowns). However, when the third down defense is broken out between the first 10 games and the last 3 games, the story changes entirely. In the first 10 games the Steelers fourth quarter defense held teams below the season average for conversions to just 39%. In those games, opponents converted 16 1st downs and scored two TDs on 46 total 3rd or 4th down plays in the 4th quarter. Over the last three games, opponents have converted 6 first downs and 1 TD in 11 3rd or 4th down attempts (63.6%) in the 4th quarter. The defense’s inability to get stops in critical situations (3rd and 4th downs in the 4th quarter) is directly tied to the Steelers giving up a boatload of points and blowing leads. If the Steelers are going to right the ship over the last three weeks of the season and qualify for the playoffs, they have to improve their critical situation defense in late-game situations. If the defense continues to give up first downs and scoring drives in the fourth quarter, this team very well may be watching the playoffs from the couch. 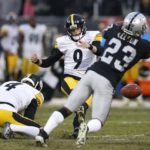