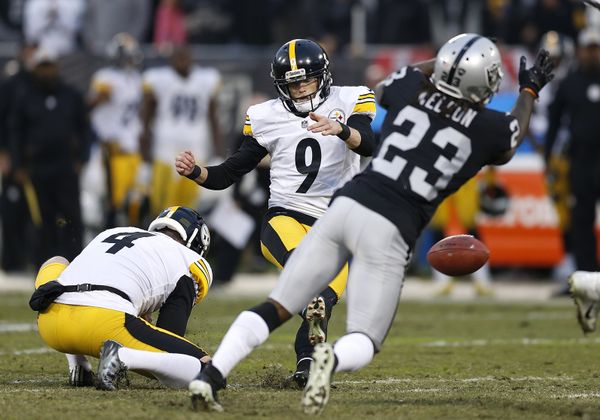 The Steelers “can” cut Chris Boswell, but I don’t think that they will. There is nothing in the CBA that would preclude them from, for example, putting him on IR today and then designating him a post-June 1 release on the first day of the 2019 league year. Boswell is due a $2 million roster bonus on or about the 5th day of the 2019 league year. In order to make that release one that they can absorb financially, they would need to release him before his roster bonus comes due (typically the 4th or 5th day of the league year in Steelers contracts).

They would have two options:
1. Release Boswell outright on the 1st day of the 2019 league year and absorb a $600,000 increase to their 2019 salary cap. Boswell’s scheduled cap hit is $4.2 million. Dead money due to bonus proration acceleration is $4.8 million.  Releasing him today has the same net effect.
2. Release Boswell with a June 1 designation on that day, do not pay his $2 million roster bonus and then absorb $1.2 million in dead money in 2019, which results in a $3 million increase in available 2019 cap space, but also leaves $3.6 million in dead money to be absorbed by the 2020 cap. (This is also known as the Lamarr Woodley effect.)

Other than the potential salary cap implications, the other negative would be to the bargaining position of the front office. The Steelers don’t guarantee anything but the signing bonus on big contracts but give their “word” that 2nd and 3rd year roster bonuses will be paid, which as a practical matter guarantee the salaries in those years. Every contract they do is structured basically the same & cutting one player before his full bonus is paid out hurts their credibility.

Allow me to explain. Most teams will fork over huge guarantees. The CBA requires that all guaranteed monies be deposited in escrow on the day the contract is signed.  It’s an archaic rule, & one that puts small market teams at a disadvantage.
So, rather than paying Antonio Brown a $27.5 million signing bonus or offering the kind of guarantee that gives the player at least 3 years of security, they pay annual roster bonuses that then guarantee the player is on the roster in years 2 & 3.  That guarantee is brought about because the Steelers aren’t going to give Boswell, for example, $2 million in March and then cut him in August, when all that is owed is $1 million for said kicker.

(It gets more complex than that, because they have also restructured contracts in year 2, which gives the player even more security. But that’s another article.)

As an example, Stephen Gostkowski was given a $10.1 million guarantee two years ago. Boswell, coming off of a Pro Bowl season was only guaranteed $6 million and it was paid at signing. The balance of his “guarantee” comes in the form of roster bonuses, which technically are not fully guaranteed, but as a practical matter are because agents believe the Steelers will follow suit on what they have always done and because the Steelers said that they will.

Some agents will use whatever they can to motivate their client to shop his wares elsewhere to secure a bigger guarantee, even with this established arrangement in place. Cutting any player before his bonuses are paid out and breaking that promise gives said agents ammunition to use in future negotiations. As you will recall, the amount of guaranteed money was a key sticking point in the Le’Veon Bell negotiations.

In short, I don’t think they’ll cut him because it will affect their credibility with agents when negotiating future deals. It goes deeper than just, “They signed him to a big money deal because they believed in him and aren’t going to give up on him now.”

If Boswell gets arrested this weekend, then all bets are off. Otherwise, I don’t see it. 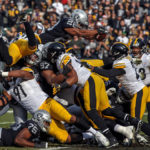 […] As I stated yesterday there were kickers brought in to tryout but as of this time we still don’t know the result or who they were. Ben Anderson put together this piece on the implications of cutting Chris Boswell. […]