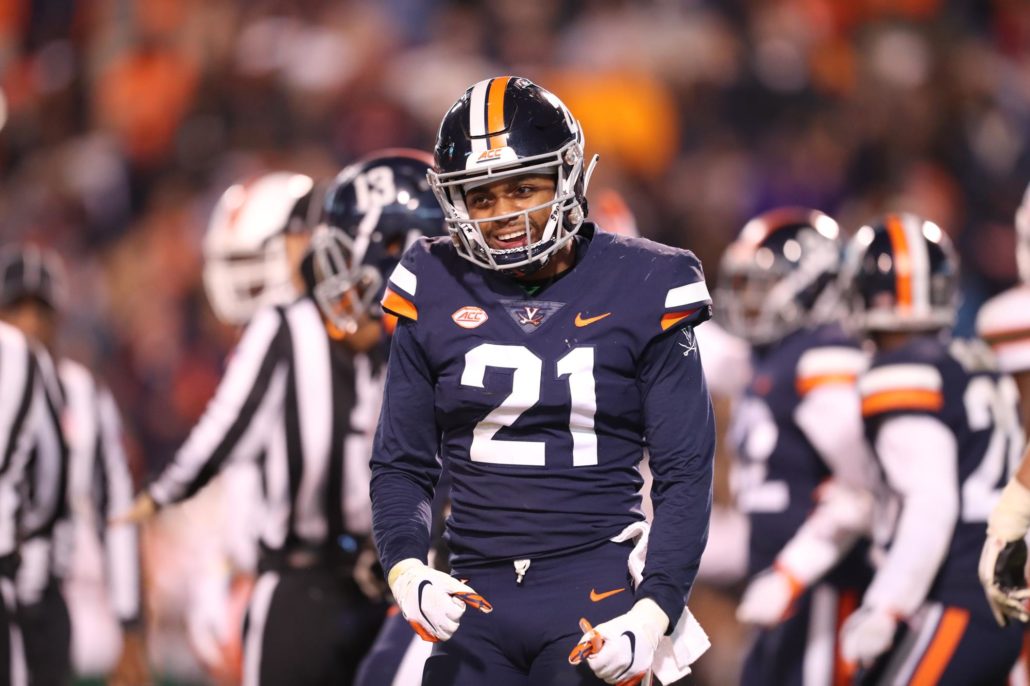 Version two is here! Are you ready to be swooned into a crazy mock draft? Not your usual selection in the first round, but that’s what I’m here for! I feel the Pittsburgh Steelers are in much better shape after this draft. What do you think?

BOOM! TRADE! In this scenario, both Devin White and Devin Bush are off the board by pick 11. Kevin Colbert wants to replace recently traded Antonio Brown, might as well do it in fashion. Metcalf is the best wide receiver in the draft. He is the perfect ‘X’ who can stretch the field vertically, is effective after the catch, and is a red zone mismatch. Metcalf is a game-changer who can score at any time. The biggest downside to Metcalf is his health, which I assume checks out with the Steelers doctors.

If anyone tells you that DK Metcalf wasn’t productive at Ole Miss, dismiss them. He’s a straight baller! Has the ability to take the top off of any defense.

Cashman wasn’t on many radars before his stellar combine performance, but getting into his film I’m shocked how that was possible. The former Gopher can run, cover, blitz, diagnose quickly and tackle very well. His tenacious play-style infused with his high effort and athleticism make him a very dangerous defender to deal with. The only blemish on Cashman’s overall resume is his length, but I attempt to justify it below with a simple comparison. 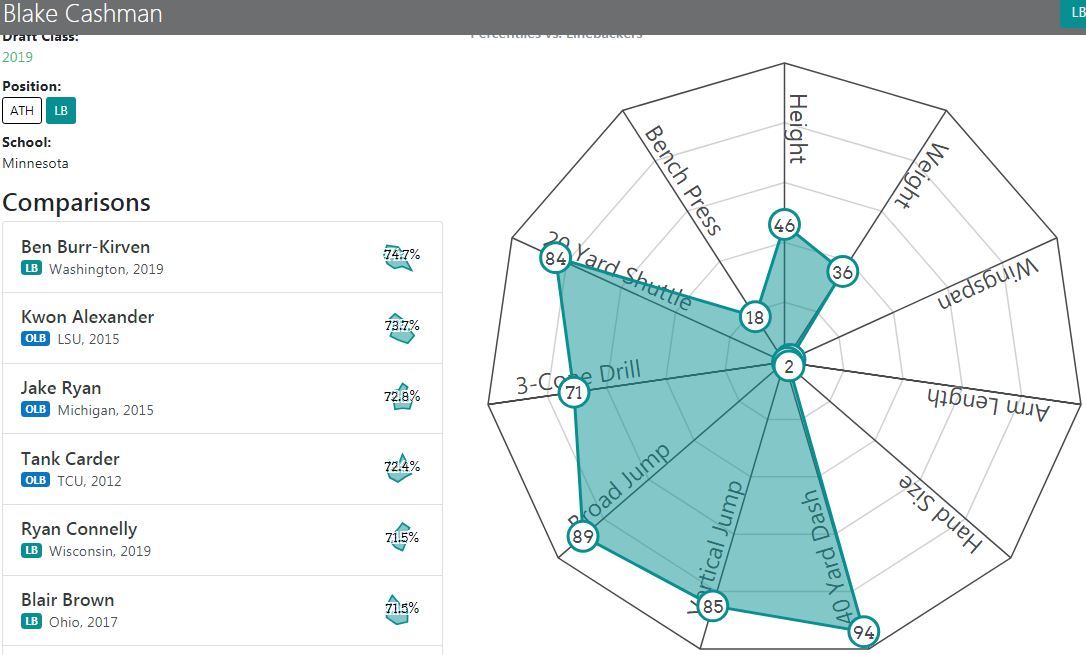 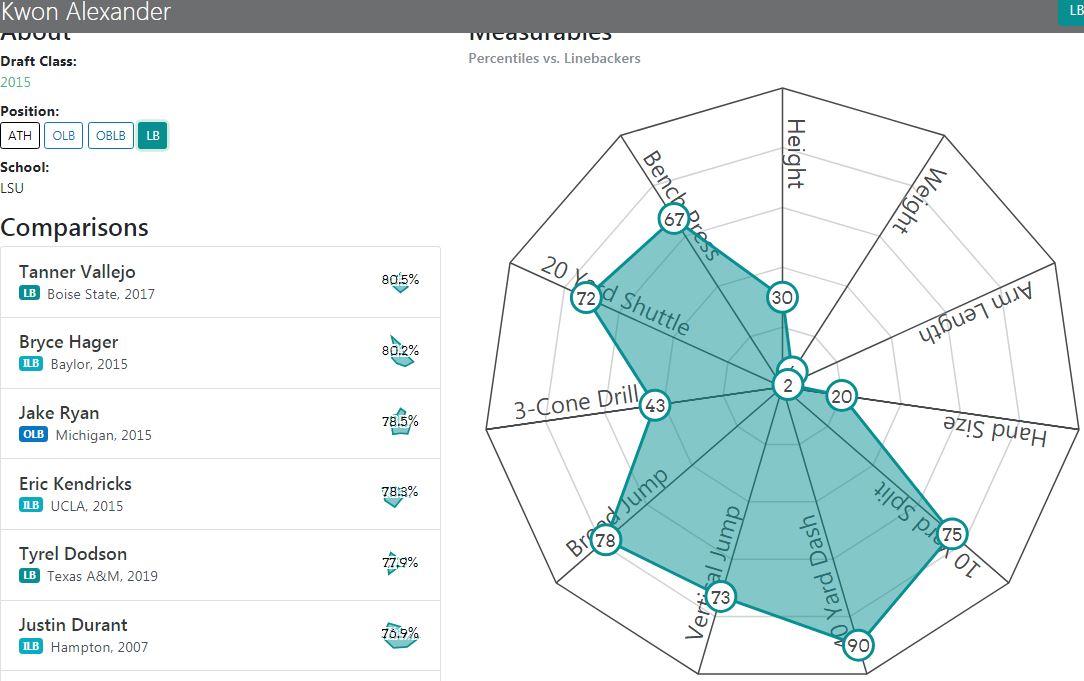 I'm getting serious Leighton Vander Esch vibes from Blake Cashman in this game. Dude has been around the ball damn near every snap and hasn't missed a tackle.

This is the best linebacker game I've watched all year. pic.twitter.com/zos47sBizo

traded away in Metcalf trade

I have a feeling the overall opinion regarding Sean Davis is that he is not the future at the free safety position. Slated to be a free agent in 2020, Davis just doesn’t turn the ball over and while he improved as a tackler, it’s still inconsistent. Thornhill could play special teams and the Steelers could be creative with him in terms of getting him defensive snaps. Thornhill is an athletic, ballhawking safety who is physical and who’s tackling is steadily improving.

#Virginia safety Juan Thornhill's elite combine workout shows up all over his tape. He's got great range, ball skills and instincts as a deep safety. Offense ran a little play fake causing him to step up, but he quickly turns and recovers over the top and high points the ball. pic.twitter.com/pGxm03SXOC

The Steelers defense, especially the secondary, may be in for an overhaul. From what I’ve been told and can interpret from the team, Mike Hilton’s long term future is far from safe. You would think if the team was ready to commit to Hilton they would have extended him this offseason. There were times in 2018 where Hilton headed to the bench in favor of former third round pick Cam Sutton, who hasn’t hit expectations yet. Hooker was very good in coverage last season for the Hawkeyes, breaking up six passes and intercepting four. He is a safety/cornerback hybrid, so the Steelers will absolutely love his versatility.

Hollins and the Steelers may be one of the more perfect mid-round matches. Hollins is a athletic, bendy guy who can get to the quarterback in a flash. Hollins earned 35 sacks over the past 3 seasons (14.5 in 2018) and also has the ability to knock the ball down with six passes defended in 2018. Need turnovers? Hollins forced five fumbles and reeled in an interception in 2018. Hollins may be one of the biggest sleepers in the 2019 NFL Draft.

The guy on the 50 dollar bill? No. Gilbert is being overlooked due to where he went to college, but make no mistake, Gilbert is a legit sleeper. Don’t sleep too long, as Gilbert runs in the 4.5 and even clocked at 4.4  before. How about reliable? Gilbert played in every single game of his collegiate career. Team captain. Gilbert will be a special teams demon until he can provide evidence he is ready to step up and earn snaps of the defensive side of the ball. The Steelers desperately need to bolster the special teams units as well as the linebacker depth.

If your team needs a linebacker, look no further than @ZipsFB’s Ulysees Gilbert (@Ulysees_G5). Athletic player with sideline to sideline range and a very high football IQ. pic.twitter.com/ep85rlzMvQ

Sweeney is a well rounded prospect who doesn’t do a ton very well. He is similar to Jesse James in this manner, whom the Steelers lost in free agency when he signed with the Detroit Lions. Sweeney is capable of being an in-line blocker who also has very reliable hands. High football IQ, especially when combo blocking off double teams. Jesse James’ replacement is had.

Williams is an easily likeable prospect who would go higher in a more shallow draft at the position. Williams is excellent at catching out of the backfield, can run between the tackles, or be effective outside of the tackles. Contact balance with Williams is truly stunning given his stature, but he breaks tackles and earns every yard.

Please refrain from the “he wont be there” comments, as this is a mock draft, where draft slots are projected and predicted. Remember when Justin Reid was a shoe-in for the first round? Just please be aware that these are guesses and potential slots. Let us know your thoughts in the comments!

I’ll be honest i like it, i also think both Bush’s will be gone. I think Bush is going to slide past White with both going top 12. I’m going to do 1 or 2 more mocks before draft day. Metcalf may be there at 20.

Really Chris your going with Metcalf in Rd 1 have you gone off the deep end? Please don’t answer that question cause I already know the answer. You can’t sit there and tell me that the photos of Metcalf don’t make you suspicious about what he is actually doing to get that body? Name me a WR that looks like Metcalf that doesn’t make you question what the guy is doing. You know I already like Marquise Brown and Antione Wesley but I’ll also add N’Keal Harry to that mix as WR’s that I fully believe fit the Steelers offense. I don’t like Cashman as the option for ILB as I would rather have Mack Wilson despite some tackling problems. To me the best 1st Round options should both White and Bush be gone I’ll go with either Murphy or Baker. I’ll make my only mock draft available when I have enough info on all the potential prospects.

I like White, Bush or a top three CB in the first round. We have picked a WR in the second round the past two years. Seems like all we talk about is the goal of scoring 30 points a game. The goal should be a top five defence and that will carry us through the playoffs. Remember Detroit taking a receiver in the first round three times in a five year period. It got them nowhere.

If you read Metcalf’s paragraph you’d know Bush and White were gone by pick 11. A CB at 20 isn’t out of the question but the Steelers just signed Nelson to a big deal.

I did read the paragraph on Metcalf but there is something about the guy that doesn’t sit right with me. It’s not just the neck issue it’s the way he looks. Please be honest for 1 moment outside of DK who else as a WR coming out of College looks like that? To me I believe he will amount to nothing in the NFL. I know fans are fawning over this guy but because of how badly Treadwell bombed out in the NFL, teams are scared of Ole Miss WR’s and that isn’t a lie.
I know you said that White and Bush were gone before pick 20 but’s that why I said CB in Rd 1 and it’s also why I would want Mack Wilson in Rd 2.

Yes but the Lions didn’t have the personal that he Steelers have. Getting a Top 5 Defense would be great but wouldn’t a opportunistic Defense be better? I know people are raving over the Nelson signing but there was somebody from KC who was close with that team on a daily basis and he pretty much concluded that Nelson in reality is nothing special. Fans can’t seem to find wrong with the FA’s the Steelers got but if you want to praise the positives of a FA or Draft pick is fine but don’t gloss over the negatives.

I agree with most of the picks but we don’t need 2 more DB 1 possibly. I think we need to draft a true nose tackle that can get push up the middle. Just my thoughts.