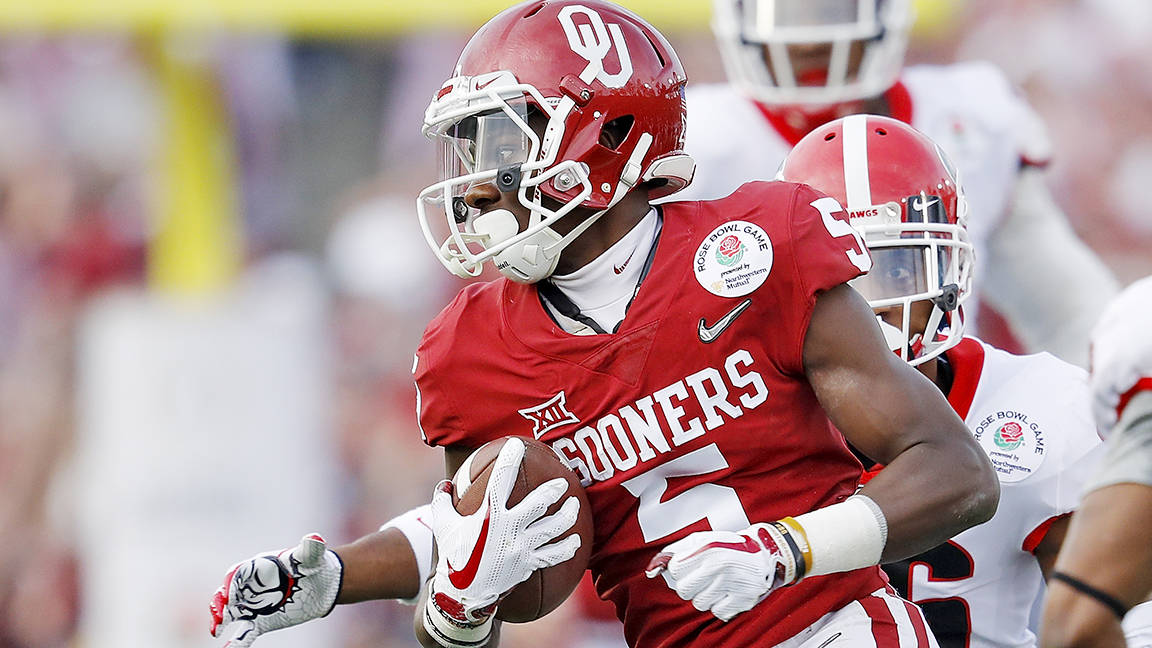 The Pittsburgh Steelers seem to have their slot receiver position locked up between Eli Rogers and Ryan Switzer but should they want a versatile, speedy addition then Oklahoma’s Marquise Brown could be an answer. And yes, I know who he’s related to…

Works back to the ball well… Could be a serious ‘run after catch’ threat on underneath stuff… Really good in the open field/Uses quickness to avoid big hits… Versatile across the formation/Comfortable in the slot or out wide… Wicked change of direction… Has great speed which seems to only get better when he has the ball… Threat to score every time he touches the ball… Immediately gives you the ‘over the top’ threat opening things up underneath… Excels in clutch situations.

If you’re a Steelers’ fan the concern is obvious. He’s the cousin of Antonio Brown. Is it fair to assume guilt by association? No, it never is but denying he could become like his cousin would not be prudent. Chances are good he’s heard AB bad-mouth the organization… Doesn’t always catch the ball cleanly/Struggles to maintain possession in traffic… Takes plays off/If play goes away he does very little in terms of effort… Not crazy about contact/Will avoid it at most costs… Route tree appears to be pretty minimal/Will need to improve on that… You’ll get very little from him in terms of blocking… No return game to speak of.

It’s hard not to compare his size to former Steeler Dri Archer who failed miserably at the NFL level. Archer was an inch shorter at 5’8″ but weighed five pounds more than Brown does. The difference is that Brown played in a Power Five conference and excelled while Archer played in the Mid-American Conference. The NFL is totally infatuated with speed and Brown has plenty to burn. I think that fact alone will boost him up draft boards. Durability cannot be disregarded though. The Lis Franc injury is always one that teams keep an eye on because often times the foot just never heels right. That said, his game-breaking ability is hard to ignore. If he were a threat in the return game I think his stock would soar even higher. As for the Steelers, they have had communication with him but I don’t see them drafting him simply out of concern for what could be with ‘another Brown.’