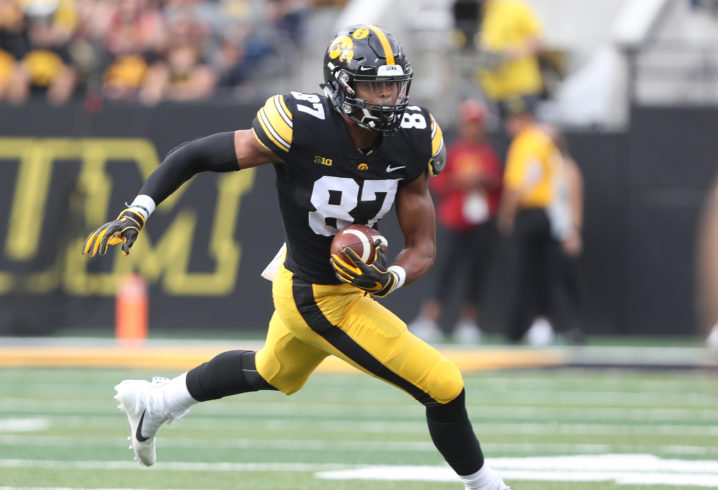 With Jesse James heading into free agency and there being no guarantee he returns to the Steelers, the team must prepare for this potential absence. I’m looking Iowa tight end Noah Fant who offers some very unique skills.

Fant is very technical when blocking… Does an excellent job of positioning himself depending on which direction he is taking his man… Good stalk blocker for a TE… Keeps his feet moving and wide giving defender little room to get away from him… A ‘hands’ catcher who gets them away from his body to make the grab… Excels on underneath routes in zone… Has some elusiveness after the catch… Used a lot as a flex TE and can be utilized as an H-back as well (potential matchup nightmare for some defenders)… Sneaky fast for a man his size.

Suffered from inconsistent QB play in 2018 which makes him look bad at times to casual observer… Needs to get out of his stance quicker… Struggles to separate in man coverage if bodied up at the line… Will sometimes fail to complete routes if he thinks QB is looking elsewhere… Has to sustain blocks longer/Can get ‘handsy’ when losing his man… Adding upper body strength will help his overall blocking.

Technically, Fant is a fine blocker but he must add strength and some desire to become better. I’ve seen some that are critical of his hands but based on what I’ve seen he’s a solid pass catcher. His size and sneaky acceleration make him a potential mismatch for linebackers, safeties and small corners. He isn’t as polished in terms of blocking as his Iowa teammate T.J. Hockenson but is a better overall athlete. Scouts often talk about ‘functional strength’ meaning just how strong a guy is naturally and at the point of attack. As I eluded to, this is where he really needs to improve. Overall he could be a potential headache for defenders due to versatility and in the red zone. Runs solid routes and understands spacing too. His combine numbers are going to be really intriguing and could mean a higher or lower than predicted selection. 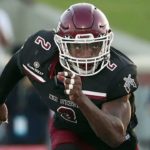