As has been suggested many times, it appears that Antonio Brown may in fact be “all about the money.” During a live Instagram post last night he told viewers “Hey, if your team has guaranteed money, tell them call me. AB can’t do no more unguarantees.” What AB is referring to his the fact that his guaranteed money has/is running out. His base salary this season is $12.6 million and he stands to earn a roster bonus of $2.5 million on March 17th. Unlike other professional sports, the NFL does not guarantee contracts. At 31, AB must be seeing the end of the road and figures he’s due one more big pay day. What the issue does is bring to light what this entire mess has been about, MONEY. Oh I thoroughly expect him to stick to his story about the lack of respect and “Ben hurt my feelings,” but this has been about the almighty dollar. While I think many of us suspected this, it’s nice to have it out in the open now isn’t it? Did I mention that Brown now wants to be called ‘Mr. Big Chest’ too? Now I’m not kidding.

Granted, I know he makes boat loads of money, but Drew Rosenhaus has to be a glutton for punishment doesn’t he? He’s represented Terrell Owens, Ocho Stinko and now Brown. His level of patience must be extraordinary.

AB must love undercutting his own self re being traded 🤦🏾‍♂️🤦🏾‍♂️

Much of the discussion over the next several weeks in regards to the Draft will be about the height of Kyler Murray. No QB his size has ever gone in the first round of the Draft. My bigger issue is his overall body type. I just don’t think he can take the punishment of a 17-game schedule. Other shorter QBs like Drew Brees or Russell Wilson have ‘thicker’ bodies which allow them to withstand the hits. That said, if a team has a good, mobile offensive line then I do think there are some things you can do with him but I need to be proven wrong here about his long-term future.

I know a lot of people are just fed up to the point where they don’t care what the Steelers do with AB but I don’t see them releasing him outright. If they don’t get a deal they like they may keep him on the roster and put the ball in his court. He’s under contract and if chooses to sit the team can get money back.

I’m really looking forward to when I can spend more time writing about Ramon Foster or Jesse James in free agency. 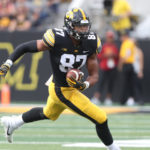 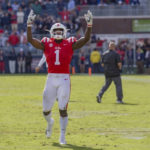