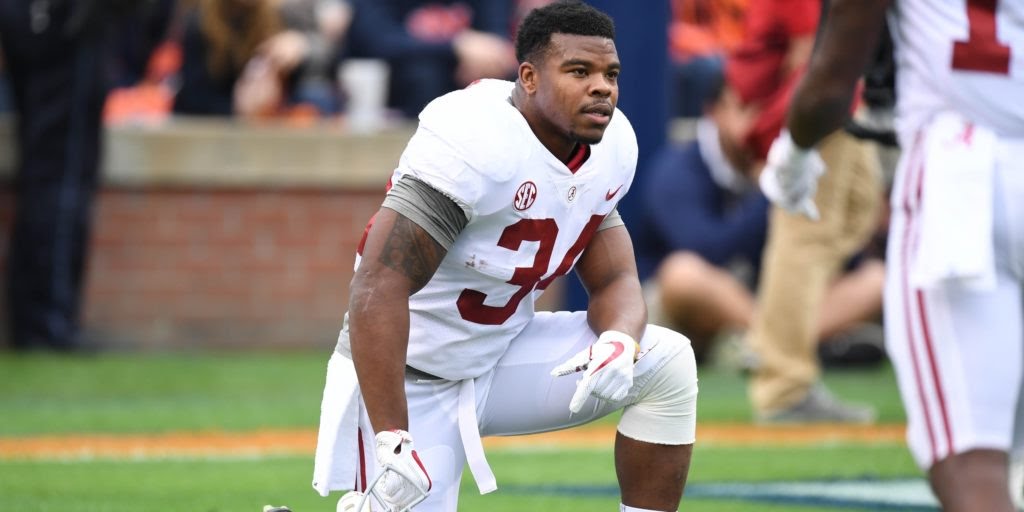 The Pittsburgh Steelers continue to require a third-string running back who can help carry the load over the course of the upcoming season, thanks in large part to the Stevan Ridley experiment of yesteryear proving to be somewhat catastrophic in the 2018. Perhaps the Steelers should eye Damien Harris, who served as Alabama’s running back for four seasons.

My favorite aspect of Harris’ game is his hustle. Gives 110% on every play, especially as a blocker. Sure, his technique isn’t immaculate but he is constantly in the trenches hustling.

As a rusher, once he gets that motor going, he is incredibly hard to bring down. Outplays his frame and size, whilst he adds a nice stiff arm to his arsenal as a runner. Shoots the gap well and is explosive at the LOS. His football IQ appears to be above average; identifies his man in run blocking/pass protection well, whilst he boasts exquisite gap awareness. Despite being of a large frame for his height and position, it doesn’t effect his shiftiness, nor does it his agility, which are both convincingly solid.

Harris does possess minimal experience as a return man on special teams. This came in his freshman year when he returned 9 kicks for 174 yards, averaging 19.3 yards per return attempt.

Clearly not a dual-threat RB, given that he was used minimally in the passing game. Not overly athletic, however, he possesses solid foundations to build upon at the next level. Whilst he may outplay his stature, he didn’t wow me with his speed, despite clocking in at 4.57s at the Combine.

Before my evaluation of Harris’ game, the majority of Draft Twitter, and even NFL Analysts, were projecting that he will be selected on day two at the latest. Some, even, were recommending that he be taken in the second round. Now, whilst that is of large probability, I simply don’t believe Harris’ quality reflects that of a second round selection. This is due to the fact that he isn’t a game-changer in my opinion, nor does he possess the physical attributes that suggest he could eventually be in a couple of years. That said, I truly believe he is the best blocker among his class in 2019. Furthermore, he is strong, motivated and a consummate professional on-and-off the field, which will stand him well in the NFL.

In terms of Harris being acquired by the Steelers? I don’t think it’s likely. For me, they shouldn’t utilize a high-round pick on a third-string back, which, if the speculation transpires into reality, would force them to do so in order to add Harris’ talents to their roster. 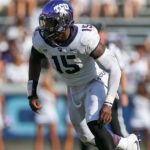