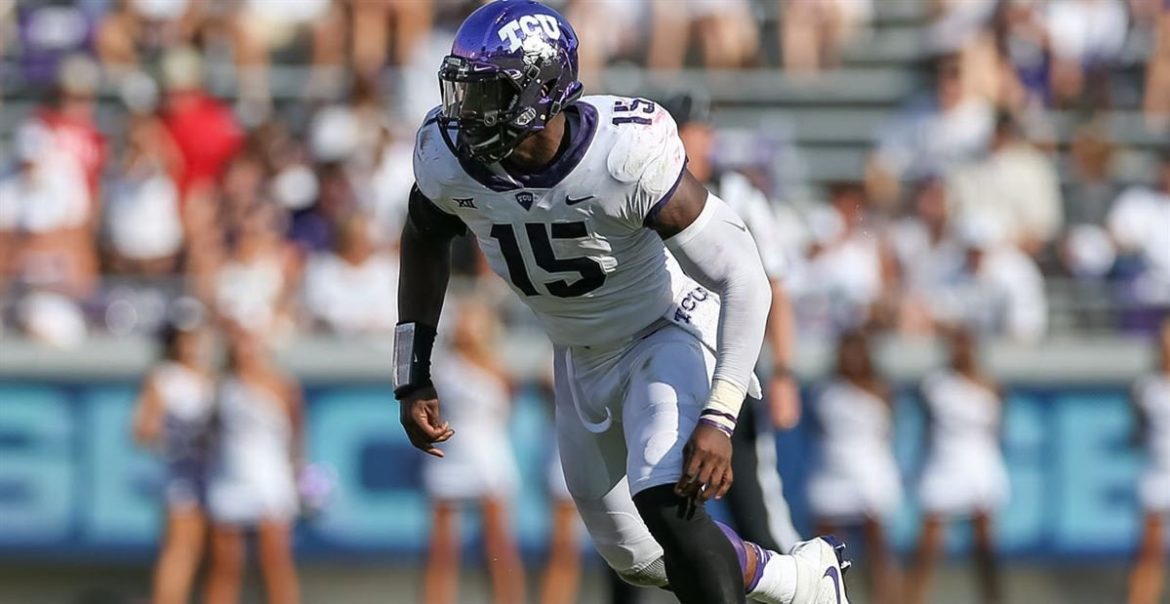 The Pittsburgh Steelers have done their share of homework on a few pass rushers. With Bud Dupree on his fifth-year option, the Steelers can search for his replacement, or at the very least some depth. The  Steelers brought in Ben Banogu for a pre-draft visit, so let’s dive in to see what he’s made of.

– Transferred from Louisiana-Monroe (sat out season due to transfer rules)
– First-Team All-Big 12
– Had 10.5+ TFL and at least 2 FF in each season he played
– Born in Nigeria
– Started all 27 games of TCU career
– Played football and basketball as well as track & field in highschool

Performed well at the NFL Scouting Combine which translates onto the field. Athletically gifted player. Spend most of the time in a two-point stance, but played with his hand in the dirt too. Decent get-off when timed correctly. Plus awareness of play development. Football IQ is a huge advantage, reads play-action quickly. Has a good motor when he has room to operate. High effort who doesn’t give up on the play at any time.  Can penetrate gaps by crossing over. Turns a tight corner when he wins.

Here’s Ben Banogu, standing up, attacking the LOS and gets a FF. His hands are powerful and legit weapons. We saw how effective he uses to beat the OL now he does shows them off against RB. #HereWeGo #SteelersDraft ??? pic.twitter.com/QcBW5NW3PB

Too many missed tackles due to poor form and lunging. Inconsistent timing of the snap, sometimes is way late on his get off. Needs to develop pass rush moves to succeed at the next level. Needs a cornerstone move off the line of scrimmage, gets stonewalled far too often. Functional strength at the point of attack will make or break him, needs to get stronger. Could stand to improve on his lateral agility. Rarely a threat around the corner or with a bend approach.

I don’t see a natural pass rusher with a plan. Banogu needs to develop his pass rush arsenal and a plan of attack. No-doubt athleticism that cannot be denied. Bottom line in the run game is he needs to get stronger at the point of attack. Has a developed inside counter but little threat on the C-gap. Right now, I see Banogu as an upgrade to Anthony Chickillo with potential to step into a starting role in year two or three.

Grade: 5th round
Projection: 4th round

Steelers need a player, now not 2 or 3 years from now