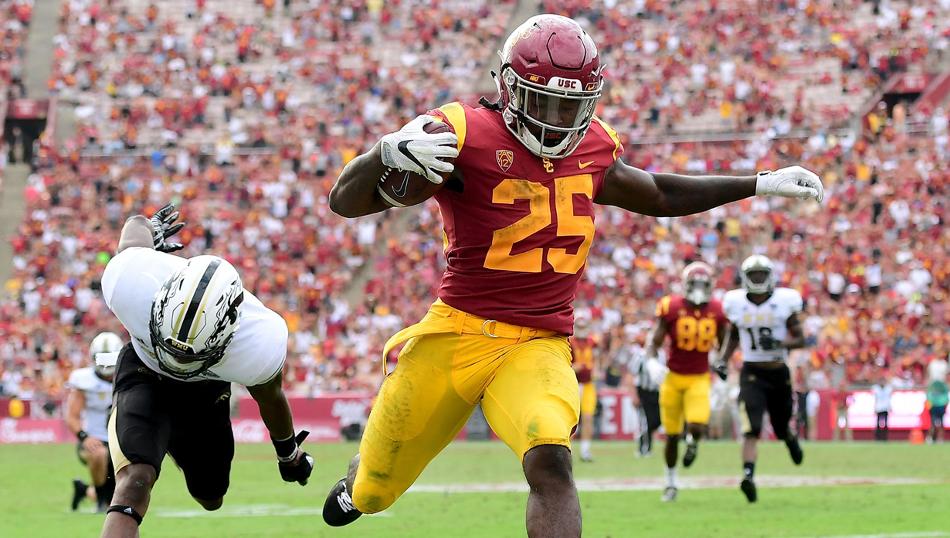 With Le’Veon Bell’s contract antics going wild, the Pittsburgh Steelers should not expect the superstar running back to return to the team after the 2018 comes to a close. The Steelers should be proactive in searching for a potential successor. Today, we take a look at an intriguing prospect in Ronald Jones.

Background: Made 2014 Prep Star All-American Dream Team and USA Today All-Texas as a senior running back in high school.  Rated by Rivals.com as a four-star recruit and was ranked as the second best Tailback in his class and 40th best player overall. Communications major. He sprinted briefly for USC’s track team in the spring of 2016 (400m).

What’s to like: Wastes no time bursting after receiving the handoff. Has homerun, score from anywhere threat ability. Is patient, doesn’t run into broken lanes. Has excellent vision, quickly reads and diagnoses. Very physical runner, churns and works for every yard. Is tough to tackle, has a relatively low center of gravity for good balance. Rare to be tackled for loss, is a north and south runner. Is only 20 years old. Has decent long speed, can stretch the field. Can be a valuable option in the passing game as a check-down or swing passes.

Concerns: Has had a few injuries though nothing major. Gets tripped up quite a bit. May need to add muscle to his frame. Was asked to take on an excessive workload this past year. Tested average at the combine. Not one to wow with his lateral agility. A willing pass blocker but due to his lack of strength and size, he struggles to be effective. Lower body could use some bulk.

Verdict: A one-cut back who is physical, tough and has excellent vision. Has natural hands out of the backfield and can be a three-down running back at the next level. Possesses relentless effort and takes pride in earning every yard possible. My main concern is his core strength and ability to pass block effectively at the next level. Also, relating to his strength, can he break tackles physically at the next level? Jones is very young and has a relatively high ceiling.